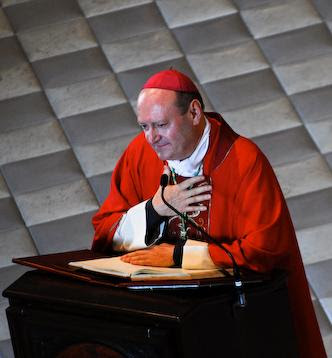 The Vatican has expressed alarm over the "immoral" trend for churches to be converted into bars and nightclubs.

The head of the culture department, Archbishop Gianfranco Ravasi, cited a church in Hungary which was deconsecrated and sold off to become a strip club.

"It has now become a nightclub and a stripper performs her finale on the altar each evening," he said.

The archbishop, who is president of the Pontifical Council for Culture, said dwindling numbers of worshippers meant some churches had to be sold or even demolished.

"Faced with falling number of worshippers, a phenomenon which we are also unfortunately witnessing in the centre of Rome, churches without any artistic value and which need significant work can be sold or destroyed," he said.

But he said dioceses should exercise "great caution" in ensuring that the buildings were not used for immoral purposes.

The Roman Catholic Church was offering no specific guidelines and each case should be carefully assessed on its own merits, he said.

The secretary of the council said the costs of maintaining historic cathedrals, basilicas and churches was "astronomical" and many had to charge entry fees for tourists and casual visitors.

"As a Christian, it does make me a little uncomfortable buying a ticket to enter a church," said Francesco Buranelli, adding that no churches had yet started charging people wanting to pray or attend church services.

As church congregations shrink in the West, hundreds of chapels and churches have been deconsecrated and converted into pubs, homes, offices and workshops.

British churches have even been turned into mosques, while in Cyprus the former St Nicholas Cathdral is now the Lala Mustafa Pasha Mosque.