Commission: Confusion in Dublin regarding use of Canon Law in abuse cases 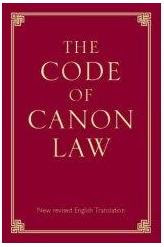 CONFUSION and chaos existed within the Dublin Archdiocese and the wider Church as to how Canon Law dealt with clerical abuse allegations, the Commission of Investigation report found.

It reveals the Church gave primacy to its own laws, Canon Law, and that even this was "used selectively when dealing with offending clergy, to the benefit of the cleric and the consequent disadvantage of the victims".

The commission said it did not encounter one case where Canon Law was invoked as a means of doing justice to victims.

The commission said, in conclusion, they were very concerned about the lack of precision in Canon Law around clerical abuse, especially as only the Church can remove a priest from ministry, thereby ensuring he doesn’t use his collar to gain access to children.

Thursday’s report shines a light on the huge levels of secrecy that the Church sought to invoke around clerical sexual abuse. The commission reveals that procedures for dealing with child sexual abuse were contained in a 1962 document called Crimen Sollicitationis, published only in Latin (preceded by a document on solicitation issued in 1922).

However, the commission says much of the Church hierarchy had never seen it.

Under Canon Law, the Church called solicitation in the confessional or child abuse by priests "the worst crime".

A Canon Law investigation was to be clouded in secrecy with the accuser taking a vow of secrecy.

The penalty for breach of that oath was excommunication. All documentation was to be put into a secret archive only accessible to the bishop.

Up to 2007, 19 alleged Canon Law cases were referred by the Archdiocese to Rome and these did not include the most serious cases, such as that of Fr Bill Carney and Fr Ivan Payne.

The commission also describes how the penal process of Canon Law was for a period set aside in Dublin in favour of a purely pastoral approach which was "wholly ineffective" in controlling clerical abuse. The offender was not penalised through the state or Canon Law.