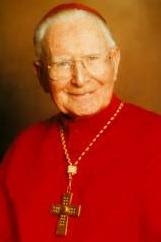 The former head of the Catholic Church in Ireland has said the report of the Commission of Investigation into clerical sexual abuse in the Dublin archdiocese is ‘‘almost beyond belief’’.

Cardinal Cahal Daly, Archbishop of Armagh from 1990 until his retirement in October 1996, told The Sunday Business Post: ‘‘I am deeply, deeply saddened by it all. It is a very, very difficult time for the Church and it will pain a great number of people - particularly the victims, who are our first concern. But then there is the much wider hurt of Catholics who are distressed by the whole matter, which is almost beyond belief."

Daly would not discuss the issue of any bishop’s resignation, but Archbishop Diarmuid Martin of Dublin told Vatican Radio that bishops would ‘‘admit their responsibilities’’.

Asked whether Church leaders should take responsibility in a more open way, Martin said he thought that ‘‘people will admit their responsibilities where they took place’’.

‘‘Many of these abusers were at times in total denial, at times extremely devious," he said. ‘‘The problem was that decisions were taken not to treat their offences as seriously as they should. Maybe bishops were deceived. Decisions were taken that permitted other children to be abused.

‘‘There’s no point in saying it’s back to business as before," he said.

‘‘The Church has to change, and I believe we will be the better for having fully addressed this chapter.

‘‘I think of the people who have never been able to tell their story and for whom reading this report will obviously awaken in them terrible emotions which they haven’t been able to come to grips with.

‘‘It’s very hard to put yourself in the position of someone else . . . Somehow or other, Church leaders didn’t seem to have the same sense [as parents and victims] of how disastrous this was for children."

Martin said a ‘‘huge amount of progress’’ had been made, but it was ‘‘not going to be possible ever to eliminate [the risk]. But you have to do everything you can to make sure that risk is least’’.

The archbishop said that many parents now had a real crisis of confidence about allowing their children to take part in Church activities.

‘‘You can’t expect confidence to be rebuilt overnight," he said. ‘‘I know from what I hear that parents want these strong protection measures to be applied, and there to be no compromise."

Martin said priests also had to accept the facts set out in the report.

But Dublin auxiliary bishop Eamon Walsh said he believed the focus should now be on ensuring that the abuse and cover-up did not happen again, rather than on uncovering more evidence.

‘‘I think we have the full truth,"

One of the bishops who came in for the most trenchant criticism in the report for his handling of abuse complaints was the Bishop of Limerick, Donal Murray.

He was appointed auxiliary Bishop of Dublin in March 1982 and Bishop of Limerick in February 1996.

Now aged 69,Murray is not required to offer Pope Benedict his resignation for another six years, but there have been calls for him to stand down early.

However, not everyone agreed.

One Dublin diocesan priest, who didn’t want to be named, said: ‘‘I don’t think that, for the bishops, it’s a resigning matter."

‘‘The people on these commissions are basically hunting for the bad guys. There’s no attempt to look at how these things were considered at the time. People used to try and hush them up."

‘‘But most priests didn’t know what was going on. And [the head of one major Catholic institution], who would have dined regularly at Archbishop’s House, told me this morning that it never came up at the table."

‘‘What Donal Murray did was inexcusable, and I’m not trying to defend him, but it was more that he did not give the matter the attention it deserved. He used to say that the only job of an auxiliary was to go round opening scout halls."

‘‘Murray is not an arrogant, uncaring person, and I don’t think he deserves to be hounded. That said, however, he has indicated that he is at peace now that the report has been published. That could mean he is contemplating resignation but, if I were him, I’d stay on."

Bishop Murray is a member of the bishops’ Liaison Committee for Child Protection and is chairman of the bi shops’ committees on bioethics and Catholic education.

His spokesman told The Sunday Business Post: ‘‘Bishop Murray will continue to serve on these committees as long as the Bishops’ Conference wishes him to do so."

A culture of denial, arrogance and cover-up

The Commission of Investigation into clerical sex abuse in the Dublin archdiocese found that four successive archbishops of Dublin responded to complaints of child sex abuse by clerics in the diocese over three decades with ‘‘denial, arrogance and cover-up’’.

‘‘The Dublin archdiocese’s preoccupations in dealing with cases of child sexual abuse, at least until the mid-1990s, were the maintenance of secrecy, the avoidance of scandal, the protection of the reputation of the Church, and the preservation of its assets," the report found.

‘‘All other considerations, including the welfare of children and justice for victims, were subordinated to these priorities. The archdiocese did not implement its own canon law rules and did its best to avoid any application of the law of the state."

The report covers the cases of 46 priests from a representative sample and examined complaints in respect of more than 320 children against those priests.

Of the 46 priests, 11 pleaded guilty to or were convicted in the criminal courts of sexual assaults on children.

However, the report said the full extent of child abuse was much greater.

In total, it received information about ‘‘complaints, suspicions or knowledge’’ of child sex abuse against 172 named priests and 11 unnamed priests. Of those, the commission found 102 priests were within its remit.

According to the report: ‘‘Of those investigated by the commission, one priest admitted to sexually abusing over 100 children, while another accepted that he had abused on a fortnightly basis during the currency of his ministry, which lasted for over 25 years."

The commission was chaired by Judge Yvonne Murphy, who was assisted by Ita Mangan and Hugh O’Neill. Based in offices in Fitzwilliam Square in Dublin, the commission comprised senior and junior counsel, five researchers, six support staff and solicitor Maeve Doherty.

The commission’s brief was to inquire whether the Catholic Church and state authorities had ‘‘enough knowledge of, or strong and clear suspicion of, or reasonable concern regarding, sexual abuse involving Catholic clergy’’ between January 1, 1975, and May 1, 2004, to act against accused clerics.

The estimated cost of the commission was to be €4.5 million and it was due to present its final report to the Minister for Justice by September 2007.

But Murphy ran into a series of problems and had to seek a number of extensions to the deadline.

Trying to get every Priest in the country checked out and investigated is impossible in a corrupt organisation like this.

Think about it. They have over 125files on abusers left over from the Dublin Diocese Report that were never investigated and what are they going to do with them after the poor abused set their complaints in motion - they are going to destroy them and rip the hearts out of the abuse survivors once again.

These files every last one of them should be followed up and investigated as a matter of urgency. They should just be the tip of the iceberg and then every other Priest who does not have a file yet should also be checked out and thoroughly vetted.

The system in Ireland is useless. If you are a whistleblower in Ireland and complain about the Priest nothing happens to him but you and your family are the ones who are marginalised and despised by the so called Christians in your Parish and the clergy.

We are sickened to see so many on the news today still attending Mass in Churches around Dublin and dropping their hard earned money into the baskets to keep this sick and perverted organisation travelling along and running roughshod over the laity.

It is totally disgusting. There can be NO SHORTCUTS those files should be used and investigated. No complaint against a Priest should ever be ignored it should be checked out.

The Tribunal seems to think that finding out that the abuses were happening was good enough. It is not good enough everyone knew it was happpening it is the abusers that need to be named and shamed and punished. It needs to happen and it needs to happen NOW. Their names and faces should appear on the front pages of every national newspaper so they can become the outcasts of society.

These rotten men have got away with their unspeakable crimes for far too long. Now it is time to answer for their crimes.

Archbishop Martin may seem to care but he does not do enough. He gets lots of complaints about Priests that he ignores. He covers things up as much as any of the others. If he was an honest man he would try to do something about every complaint he receives.

We think he feels all this crap in Ireland is holding back his diplomatic career in Rome and it will take longer to get back there. He is still trying to cut corners by brushing aside complaints about Clergy.

Why should Archbishhop Martin believe those Clergy when he knows the history of the past - that the Priest will lie his head off to cover his own ass and career and the good life the Church has provided for him. Is he going to admit wrongdoing. NEVER. He is going to blame the victim and use every corrupt means to try and have it remain that way.

If these Priests who get away with it in this life are not going to be made pay in the next then really what is the point in right and wrong there is no deterrent for those who do evil to others.

Because we cannot be guaranteed they will be punished in the next life it is our job to make sure they pay in this one SO WAKE UP Dr. Martin do your job.