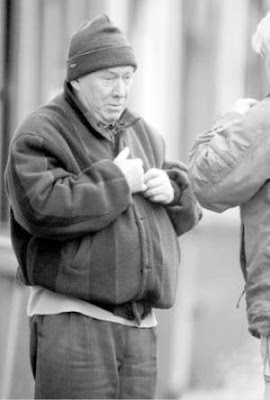 (Pic'd alongside is Ivan Payne, former priest of Archdiocese of Dublin)

Most of the priests identified in the Murphy report as having been convicted of abusing children served little or no time in jail, with judges frequently recommending suspended sentences or the probation act rather than prison sentences.

The report also reveals that, where a convicted abuser appealed a sentence, they were often successful in having it reduced.

Despite evidence of the extent of their abuse as a result of a garda investigation, the DPP decided not to prosecute some cases, frequently citing the "time delay" involved as a reason.

This included the cases of Fr Dominic Boland in 1994 and the late Fr James McNamee, whose victim subsequently issued civil proceedings against him and received a substantial settlement.

In another case, involving the late Fr Noel Reynolds, who admitted inserting a crucifix into one girl's vagina and back passage, the DPP also decided not to prosecute for health reasons.

The revelations are likely to pose serious questions about whether the current Garda investigation into the Murphy report will lead to significant convictions and/or sentences.

A Sunday Tribune analysis of the report indicates that the maximum prison time served by any of those identified as having been convicted was just four-and-a-half years.

This relates to the notorious paedophile Ivan Payne, who pleaded guilty to charges of indecent assault on 10 victims in January 1998.

The following June, he was sentenced to six years' imprisonment but was released early, in October 2002.

His whereabouts, and the whereabouts of two others – Fr John Kinsella and Fr William Carney – is unknown.

In Kinsella's case, the report notes that he "seems to have disappeared" after his release from prison in May 2001.

"It is a cause of concern that his current whereabouts are unknown but this is the case for many sex offenders," it states.

Kinsella was convicted in February 1999 on two counts of sexual assault on two brothers when he was in the Enn­iskerry parish.

He re­ceived an eight-year sentence but five years of this were suspended and he was released from prison in 2001.

Carney only received the probation act in 1983 having pleaded guilty to two charges of indecent assault against altar boys, and went on to abuse many others. He is described as a "serial abuser" in the report.

Fr Dominic Boland received a 12-month suspended sentence after his conviction on nine counts of indecent assault in September 2001.

Fr Thomas Naughton, who pleaded guilty in May 1998 to six counts of indecent assault on Mervyn Rundle and two others, had his three-year sentence reduced on appeal to two-and-a-half years.

Marie Collins's abuser, given the pseudonym Fr Edmondus in the report, received an 18-month sentence in June 1997.

But in November 1997, this was reduced on appeal to nine months. He is believed to have served just seven months in jail