Abuse: why did the Vatican remain quiet? 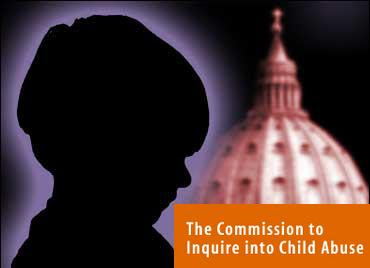 Victims campaigners have reacted with anger and disbelief after it emerged the Vatican and papal nuncio in Ireland ignored repeated requests from investigators for information on clerical sexual abuses cases.

Judge Yvonne Murphy, who carried out a devastating report into clerical sexual abuse within the Dublin Archdiocese, revealed her investigation received no co-operation from the Vatican or its Irish diplomatic representative despite a number of requests.

The report said that in September 2006, the commission wrote to the Vatican’s Congregation for the Doctrine of the Faith seeking information on reports of clerical child sex abuse sent to it by the Dublin Archdiocese over a 30-year period. It also sought information on the document ‘Crimen |Sollicitationis’, which deals with clerical sex abuse. The congregation did not reply.

It then wrote to the papal |nuncio in Dublin in February 2007 requesting that he forward |documents in his possession relevant to the commission’s terms of reference. The papal nuncio did not reply.

Earlier this year the commission again wrote to the papal nuncio enclosing extracts from its draft report which referred to him and his office, as it was required to do. Again, there was no reply.

John McCourt, who suffered sexual, physical and emotional abuse at the hands of nuns at the Termon Bacca boys’ home in Derry for 10 years, said he was disgusted by the level of obstruction those in the higher echelon of the Catholic Church went to and supported calls for inquiries to be held into all the dioceses in Ireland.

Mr McCourt said this revelation not only angered him but it also shocked him.

“First of all I am angered and secondly given the place that Ireland actually holds in the Catholic Church and the elevated position that popes through generations have given Ireland in its example of the Catholic faith, I think it’s an absolute disgrace,” he said.

“If we are talking about finding some saving grace in the church about a restoration of confidence in the Church then the people who are at the helm of a diocese or higher, the people who are responsible for saying something should admit something went wrong. I am just shocked and angered and I totally support the call that was made yesterday for an inquiry to be held in all dioceses.”

The introduction to yesterday’s report highlighted the case of Fr Brendan Smyth, a Norbertine priest who was jailed in 1994 for 74 cases of indecent and sexual assault. It stated that the case was the catalyst which led to the development of guidelines for dealing with clerical child abuse.

There have also been calls for inquiries to be held into dioceses throughout Ireland.

Earlier this year it emerged the Irish Government asked the Commission of Investigation to extend its work to deal with the Co Cork diocese of Cloyne after a separate report conducted by the National Board for Safeguarding Children in the Catholic Church in Ireland revealed that poor management at the diocese had exposed “vulnerable young people to further harm”.

Bishop John Magee, who is originally from Newry, resigned as Bishop of Cloyne in March this year after weeks of public scrutiny over the diocese’ handling of child sex abuse allegations.

The Catholic Church in Ireland apologised to victims and admitted it stole the childhoods of hundreds and failed them again when they had the courage to come forward.