Year for Priests: from 9 to 11 June an international meeting of priests in Rome 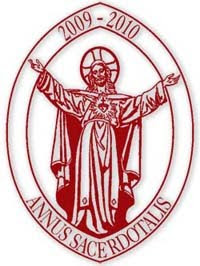 From 9 to 11 June at the conclusion of the Year for Priests launched by Benedict XVI, an international meeting of priests will be held in Rome.

The participation of at least 5 thousand priests from all continents is expected.

Mgr. Mauro Piacenza, secretary of the Congregation for the Clergy, told AsiaNews that this appointment will be "the embrace of the Church and of the Holy Father to priests for their unflagging and hidden service".

Over the three days in June, priests will have the opportunity to deepen themes that have already emerged as the guidelines of the Year for Priests.

On June 9, at the Basilica of St. Paul Outside the Walls, Card. Joachim Meisner, archbishop of Berlin, will hold a conference on "Conversion and mission."

On June 10, in the Basilica of Santa Maria Maggiore, card. Marc Ouellet, archbishop of Quebec, will speak on "The Last Supper: invocation of the Holy Spirit with Mary, in fraternal communion."

In the evening the priests will take part in a vigil with the pope in St. Peter's Square, interspersed with moments of prayer, reflection, song and testimonies from around the world.

On June 11, Solemnity of the Sacred Heart of Jesus, they will participate in the final mass of the Year for Priests, presided over by Benedict XVI.

The Opera romana pellegrinaggi will oversee the accommodation of the priests and logistics for the three days. Organizers expect the arrival of at least 5 thousand priests, mostly from Europe. The international meeting will also be attended by seminarians, deacons and lay people, witnesses to what Msgr. Piacenza defines the"great symphony of the Catholic communion."

Benedict XVI described the Year for the Priest as "the time to help promote the involvement of interior renewal for all priests so they may give a more powerful and effective witness to the Gospel in today's world."