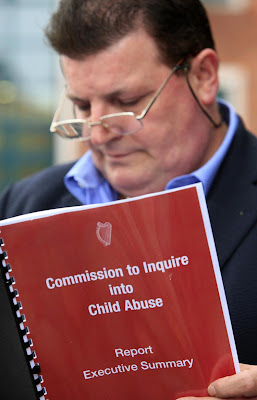 One of the founders of Survivors of Child Abuse (SOCA) today called for Pope Benedict to visit Ireland and apologise personally for abuse carried out by members of the Catholic Church.

"The Pope should come here and make an apology to the victims and the Irish nation, and he should be contrite and sincere," John Kelly told The Irish Times.

The pontiff is the only one who can apologise for “the ignoble way the princes of the Church have behaved of over the last fifty year," he said.

“We need to reform the Irish Church root and branch because they don’t know how to handle abuse. People believed they were above the law.”

Mr Kelly also called on the Government to release “a clear and unambiguous statement that church law will not supersede Irish law, criminal or civil.”

“Both the Church and the State come out of [the report] very badly,” he said. “Had the Government done its job, we wouldn’t be where we are today.”

Mr Kelly welcomed Fine Gael leader Enda Kenny’s call for the resignation of all bishops named in the Commission of Investigation into the Catholic Archdiocese of Dublin as being part of a cover-up.

“I was glad that somebody with a political voice has said that,” Mr Kelly said.

The chief executive of the Dublin Rape Crisis Centre, Ellen O’Malley-Dunlop, said she felt Archbishop Diarmuid Martin sidestepped the question yesterday when asked if the bishops should resign. “I respect people needing time to reflect,” she said.

“But if I was a bishop in that situation, after a period of reflection I would feel I would have to resign.”