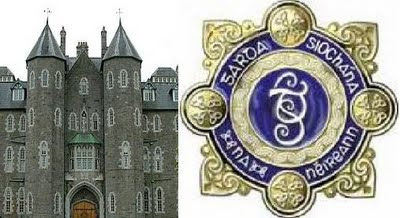 “THE CONNIVANCE by the Garda in effectively stifling one complaint and failing to investigate another, and in allowing Fr ‘X’ to leave the country is shocking.”

This is the verdict of the commission which compiled the Dublin diocesan report on the manner in which the law enforcement arm of the State dealt with one priest who was a serial child sex abuser.

In relation to another, it states: “The commission considers that Chief Supt O’Connor had inappropriate dealings with Bishop Kavanagh. It appears that Bishop Kavanagh tried to influence the conduct of the investigation and clearly did his best to ensure there would be no publicity.”

However, it added in relation to this case involving “one of the most serious serial abusers investigated by the commission”: “His attempts to influence the process were unsuccessful because the lower-ranking gardaí had done their job properly.”

The pattern that emerges from the report as a whole is that when complaints against priests first emerged from 1960 onwards gardaí were inclined to minimise their seriousness and failed to investigate them adequately, at times even facilitating the accused to evade justice.

However, from the late 1990s, when there was much greater awareness of such crimes, investigations tended to be much more thorough, with the Garda inquiry into clerical abuse that began in 2002 being “effective, co-ordinated and comprehensive”.

Very senior Garda officers come in for criticism, including then Garda commissioner Daniel Costigan, who held office in 1960. In 1960, the UK authorities contacted him because a security officer at a photographic film company in the UK had referred colour film, sent to them by a priest identified as “Fr Edmondus” for processing, to Scotland Yard. They contained 26 transparencies of the private parts of small girls aged 10 or 11 years. This priest abused a number of children in Crumlin hospital, and was later convicted.

Mr Costigan asked Archbishop McQuaid to take over the case because a priest was in question and gardaí “could prove nothing”. “The commission considers that it was totally inappropriate and a breach of duty for the Garda commissioner to simply hand over the complaint to Archbishop McQuaid without carrying out any thorough investigation,” it says. However, it adds: “The gardaí handled the subsequent complaints appropriately.”

The commission is also highly critical of the manner in which gardaí dealt with complaints against an unnamed priest in 1986, whose behaviour had led to his being sent for a time to the US. On his return he had been staying in a house owned by Chief Supt Joe McGovern, to whom he made certain limited admissions.

This sequence of events, and the “connivance” of the Garda with his leaving the country, was described as “shocking” by the commission.

The commission criticises the office of the DPP in relation to certain cases. In that of Fr Donal Gallagher, a complaint was made by a social worker in 1993 about abuse of deaf girls in a training centre.

The file was sent to the DPP for guidance, but the then DPP said he would not presume to direct the superintendent about an investigation. “There is no doubt that further investigation was warranted,” the commission says.

It also draws attention to a number of decisions not to prosecute by the DPP, most commonly because of the perceived delay in making the complaint.

It points out that, before the mid-1990s, a delay of just a year in bringing a complaint could have led to a decision not to prosecute. However, a seminal judgment was delivered by the Supreme Court in 1997 which stated that in cases of child sex abuse no time limit should be put on bringing prosecutions, but a number of factors should be considered in judging whether the delay was reasonable.