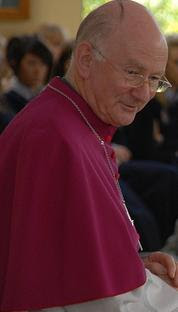 Bishop of Limerick Dr Donal Murray has said the question of whether he should resign over his handling of allegations into clerical child abuse depends on whether his presence in the diocese is a help or a hindrance.

He told a congregation in Limerick city Sunday morning that he would be guided on that matter by the priests and people of the diocese.

The Commission of Investigation report into clerical abuse in the Archdiocese of Dublin described Dr Murray's response to an allegation of abuse as inexcusable, and criticised his handling of other allegations.

Dr Murray said that at no time did he receive an allegation of sexual abuse and fail to take it seriously or attempt to cover it up.

He said he could honestly say that in one case his inability to get to the full truth was due to a lack of skill and experience and was not the result of any lack of effort on his part.

He said this was no consolation to the children who were abused and that he would remain eternally sorry and apologetic to anyone whose suffering he might have prevented.

Bishop of Dromore Dr John McAreavey, speaking on BBC Radio Ulster's Sunday Sequence programme, said he himself would step down if he lacked credibilty.

Statements read at masses across Ireland 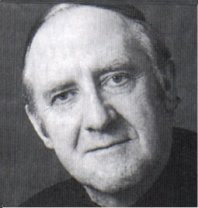 The Bishop of Ardagh and Clonmacnoise has described as 'revolting and shameful' the manner in which church authorities dealt with allegations of child sexual abuse.

Bishop Colm O'Reilly, in a statement read at all masses in the diocese, said the church had failed to act in an appropriate manner.

He said what made clerical abuse most abhorrent is that it was perpetrated by people with a sacred calling who betrayed the trust placed in them.

In his statement he said that the church must accept that its leaders put the good of the institution before the welfare of the abused.

Bishop O'Reilly said that a great wrong had been done and he urged anybody who had suffered by church personnel to approach civil authorities or the diocese.

A pastoral reflection is also being circulated at masses this morning in the diocese of Down and Connor expressing horror and distress at the findings of the report.