No hope for redemption unless real change is made (Contribution) 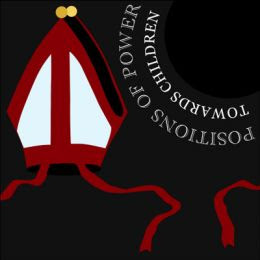 THIS week's flooding across the country offers a devastatingly apt image of the choppy waters washing away the cover-ups of previously unassailable rulers of Catholic Dublin.

The shattering report headed by Judge Yvonne Murphy has severely torpedoed the moral hull of the Barque of St Patrick and undermined the authority of its silken-frocked skippers.

The report's findings of six decades of sordid underground clerical child sex abuse that was known but covered up by four successive archbishops of Dublin until 1995, now threatens to sink the moral credibility of the episcopal crew.

Even the last-man standing on deck, Archbishop Diarmuid Martin, must fear that the gale-force storms around him threaten shipwreck in what Monsignor Liam Bergin, the Rector of the Pontifical College in Rome, calls a 35 year-long "tsunami of sexual abuse".

This weekend, I would advise Archbishop Martin to take a deserved break from the sordid details of what he warned would "shock us all" and get hold of the epic video, 'Seven Ages', by Sean O Mordah, which was first broadcast on RTE in the millennium year of 2000.

In this fine documentary, the archbishop will find illuminating a contribution from the late President of Ireland, Dr Patrick Hillery. He reflected on the grim Ireland of the 1950s when unemployment and emigration were driving a hungry throng to the boats from this backward country. Those left behind were giving docile submission to a Catholic Church which had been accustomed to the unaccountability of its power.

"The Catholic Church went wrong in many ways when it felt this power," mused Dr Hillery, recalling a culture where priests would go out "beating the grass for courting couples, for the Ten Commandments were being imposed all right".

This perceptive comment will strike a chord with Archbishop Martin because it has been his mantra.

He has regularly been calling for Irish Catholics today to be humble in the face of the dark legacy from its clericalist path and to return the Church to its original message of preaching the Word of Jesus Christ in its integrity.

Now that the system of rigid clericalist control has collapsed and the Irish Church faces a real crisis, Archbishop Martin appears to be defining how church members should react rather than listening to how they would reform church practices to embrace married clergy and women priests.

I would recommend Archbishop Martin also read a novel called 'Cardinal Mahony' by the distinguished American journalist, Robert Blair Kaiser. This book is not just an escape thriller but suggests an action plan for the future of the Catholic Church disguised as a novel.

In a nutshell, Kaiser tells the story of an US cardinal who comes to believe in the Church as 'the People of God' and summons the convening of a Third Synod of Baltimore based on a reform agenda wanted by American Catholics rather than one imposed by Roman centralism. Such a national synod would introduce a new sexual ethic, it would welcome Protestants and divorced Catholics to receive Communion. It would be a People's Church.

Like the mythical Cardinal Mahony, Archbishop Martin could move into a modern office building.