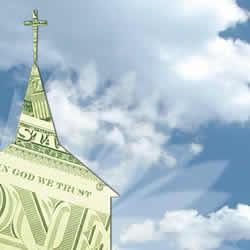 THE Catholic Church is continuing to support priests accused of child sexual abuse -- including five who were convicted.

Of the 46 priests in the damning Dublin Archdiocesan report, 15 are receiving financial support either directly or indirectly from the diocese.

However, the Church has also employed an ex-garda detective to work as a liaison officer with the priests and monitor their behaviour.

Some 11 of the 46 were members of religious orders, while one belongs to a UK diocese. A further 10 mentioned in the report are dead but as of July 2008 the report found that out of the remainder:

A spokeswoman for the archdiocese said the continuing support given to priests who had been accused of child abuse was a "deliberate policy, based on current best practice, aimed at protecting children".

"The men involved receive less financial support than retired priests and less again than working priests of the diocese," she said.

"They are asked to cooperate with the Child Protection Service in the diocese which monitors their living arrangements and stability. If they don't cooperate their financial support is cut off. This is the only service of its kind in the country . . . that we are aware of that works in this manner with people accused."

She added that any information on these men is shared with the gardai and the HSE.

However, she refused to say whether financial support had been cut off from any priests since last year, saying she had "nothing further to add".

Up until July 2008 a total of €77,000 was paid by the archdiocese in legal fees for the priests. However, priests pay their own legal fees if they are charged with an offence.

Last night, Maeve Lewis of One in Four said the priests should be supported in whatever way helps to prevent them from further abusing children.

She said that in some dioceses the priests were automatically laicised and this means that the Church "ceases to have any supervision" over them.

Marie Collins, a victim of clerical sex abuse, said that if the Church was financing the men, then that had to go hand in hand with "very intense monitoring" of their activities.

You’re as sick as your secrets. Fr. Mychal Judge, OFM