‘Priests are the sinners, not us’ 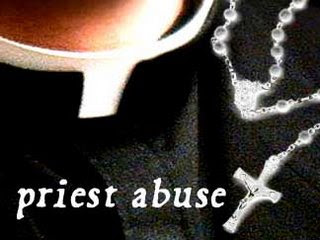 THE hierarchy who were quick to condemn ordinary mortals as sinners have finally been forced to admit grievous wrong doing by many of their clergy, Irish Survivors of Child Abuse (SOCA) said yesterday.

"In a curious juxtaposition, they beg forgiveness for their sins from those who heretofore were branded sinners – the world is standing on its head for sure," said SOCA spokesperson, Patrick Walsh.

And, he said, out of all the fall-out from the Murphy Report, Dublin Archbishop Diarmuid Martin, had emerged as a decent man.

"He expressed his sorrow from a human perspective and his deep pain was etched onto his face – an extraordinary man and brave too in the way he stood up to Cardinal Desmond Connell on the matter of disclosure to the inquiry."

Mr Walsh said survivors of institutional abuse did not forget that it was Archbishop Martin who swept aside the objections of the Christian brothers in August 2007 when he gave them the suppressed 1962 Moore Report into conditions at Artane Industrial School.

Asked about the future of the church, Mr Walsh said he believed the deference previously shown to the hierarchy had evaporated and a more mature relationship between the Church and state would develop.

Executive director of One in Four, Maeve Lewis, said victims of clerical abuse were "desperately angry" after realising that their terrible suffering could have been prevented.

"People felt Archbishop Martin’s apology rang hollow. They heard it before and that, really, there was no profound acceptance in the Church that the entire system needs to be changed," she said.

Meanwhile, a website that is making it easier for people to cut their ties with the Roman Catholic Church is claiming that more people than ever are accessing it since the Murphy Report was published.

The website, www.countmeout.ie that went online last July, allows people to download all the necessary documentation to defect from the church.