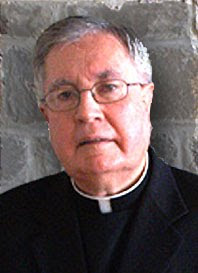 Antigonish, Nova Scotia Bishop Raymond Lahey has resigned as Canadian police charged him with possessing and importing child pornography after allegedly finding "images of concern" on his laptop computer following a random search at Ottawa airport.

After a forensic examination revealed child pornography, Ottawa police charged Bishop Lahey, 69, Friday and issued a warrant for his arrest, The Globe and Mail reports.

In a statement Saturday, Bishop Lahey said that "after much thought and careful consideration" he had submitted his resignation to Pope Benedict "for personal reasons."

"...To so many of you I would want to say a personal word of farewell and thanks. However, I have already left the diocese to take some much-needed time for personal renewal. I simply ask for your prayers, as I assure you of my continued prayers for you all," he wrote.

Archbishop of Halifax Anthony Mancini told CTV News that he spoke to the former bishop yesterday but doesn't know where he is and would encourage him to surrender "and allow the legal process to unfold."

When Bishop Lahey sent his resignation letter to the Pope, Archbishop Mancini said the clergyman would have been specific about why he was stepping down.

"The Pope would have to know what the grave cause is," he said. "And I have to assume that since he responded and accepted Bishop Lahey's resignation that the Pope knew the gravity of the matter."

Rev. Paul Abbass, a spokesman for the Antigonish diocese, said there was "a ton of speculation" about why the bishop resigned, with many people inferring it was because of stress or his health.

"We know the reason now and now we have to deal with that," he said, calling the charges "pretty devastating," especially in light of the recent sex abuse settlement.

In August, the Antigonish diocese reached a $15-million class-action settlement with known and alleged former child victims of sexual abuse by its priests dating back to 1950.

At the time, Bishop Lahey, who was bishop of Antigonish for six years and was not implicated in the allegations, apologized to the victims and noted they were entitled to protection from priests.