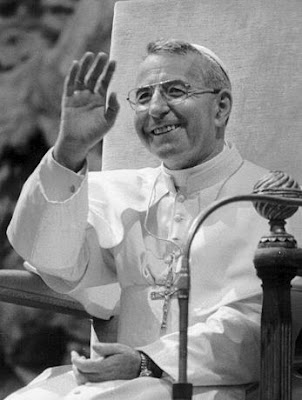 THE notion of adjourning the Dail for a week after Pope John Paul I died was quickly knocked on the head by the Department of Foreign Affairs in October 1978.

THE notion of adjourning the Dail for a week after Pope John Paul I died was quickly knocked on the head by the Department of Foreign Affairs in October 1978.

The 'smiling Pope', who died suddenly after only 33 days in office, did not die while the Dail was in session, a Foreign Affairs departmental memo revealed.

Taking a week off after a three-month summer recess could be open to misrepresentation, Foreign Affairs official Peter Ryan wrote in a memo to the Taoiseach's office.

The Taoiseach's office was also told that Foreign Affairs had recommended against paying tribute to the late Pope when the Dail resumed.

"The Chief of Protocol says that messages have gone from the President and the government and there will be representation at the funeral and that this is sufficient. I think we must be guided by Foreign Affairs on this," the memo read.

But the Taoiseach's advisers thought otherwise, saying that if Mr Lynch did not pay tribute to both John Paul I and his predecessor Pope Paul VI "this could give rise to comment".

The year 1978 was to be known as the 'year of the three popes' with the deaths of both Pope Paul VI and Pope John Paul I. Pope John Paul I was succeeded by 58-year-old Polish Cardinal Karol Wojtyla, whose 26-year pontificate as John Paul II was the third longest in the history of the Catholic Church.

Pope Paul VI had died on August 6, 1978 after 15 years as Pontiff and his successor John Paul I died on September 28.

President Patrick Hillery had led a special delegation to the coronation of John Paul I in Rome on September 3, but did not attend his funeral a month later.

The Vatican suggested national delegations to the funeral should be led by the respective ambassadors to the Holy See, and the Irish delegation was headed by Ambassador Gerard Woods.