Christmas Made Official in Iraq 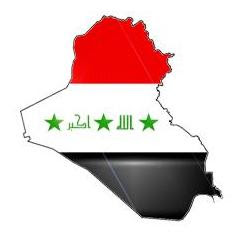 Iraq's Christians, a scant minority in this overwhelmingly Muslim country, quietly celebrated Christmas on Thursday with a present from the government, which declared it an official holiday for the first time.

But security worries overshadowed the day for many, particularly in the north where thousands of Christians have fled to escape religious attacks.

Overall security in Iraq has improved markedly in the past year, but a fatal car bombing in Baghdad on Christmas morning was a gruesome reminder that serious problems remain.

The bombing outside a restaurant frequented by police killed four people and wounded 25 others in the Shiite neighborhood of Shula, said a police officer on condition of anonymity because he was not authorized to give information to news media.

The U.S. military later announced that one person was killed and 21 wounded. There was no way to immediately reconcile the differing numbers.

An American soldier was killed in a rocket or mortar attack near the northern city of Mosul, the military announced.

Also on Thursday, an oil official said attackers blew up a pipeline in the city of Kirkuk. The official, who spoke on condition of anonymity, said the attack happened Wednesday and that pumping was expected to resume within three days.

In his homily on Thursday, Chaldean Cardinal Emmanuel III Delly praised the establishment of Christmas as an official holiday as a step toward easing tensions.

"I thank the government for giving chances to all to serve each other for the general benefit, and I thank it too for making this day an official holiday where we pray to God to make us trust each other as brothers," he said at the Christmas Mass before several dozen worshippers in the small chapel of a Baghdad monastery.

A senior Shiite cleric, Ammar al-Hakim, attended the Mass flanked by bodyguards in a gesture of cooperation with Christians.

"I thank the visitors here and ask them to share happiness and love with their brothers on Christmas; by this they will build a glorious Iraq," the cardinal said.

"We came here to bring a message of love, respect and gratitude to our Christian brothers and to share happiness with them as we have shared sadness with them during the cruel targeting they came under," al-Hakim said in an interview with al-Furat TV.

"We will do our best for equality between people and a good life for all, whatever their religious, sectarian and ethnic background."

He is the son and heir-apparent of Abdul-Aziz al-Hakim, Iraq's biggest mainstream Shiite party.

Iraq's Christians, estimated to number only a few hundred thousand of the country's 26 million people, have often been the target of attacks by Islamic extremists in Iraq. Tens of thousands have fled; many of those who stayed were isolated in neighborhoods protected by barricades and checkpoints.

A coordinated bombing campaign in 2004 targeted churches in the Iraqi capital and anti-Christian violence also flared in September 2007 after Pope Benedict XVI made comments perceived to be against Islam.

For Mariam Polis, who fled her home in Mosul a year ago after anti-Christian threats spread and two priests were killed, this Christmas was a day of bitterness.

"There's not enough money, no house, no stability to prepare for Christmas Eve," said the 55-year-old woman who now occupies a one-room clay house in the northern village of Ein Kawa. "It is better for us to die."

But for another woman who fled to Ein Kawa, there was a bit of cheer thanks to money sent from abroad by her brother.

"We got a bright Christmas tree — it is a symbol we love," Raeida Anwar Abid said.

In the city of Sulaimaniyah in Kurdistan, which is comparatively orderly, many Christians spent hours at a Christmas Eve Mass at the Mar Joseph church.