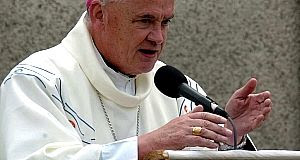 THE Bishop of Cloyne, Dr John Magee, has no intention of resigning over a child protection controversy and plans to lead the Easter ceremonies in his diocese next April.

Friends have insisted that the beleaguered Cork cleric -- a former private secretary to three Popes -- is now determined to personally supervise the implementation of child protection reforms in his diocese.

They also believe a special Christmas Eve message issued by Dr Magee will go a long way towards defusing the controversy over how the diocese mishandled clerical child abuse claims.

However, senior Church officials are worried that an imminent Health Service Executive (HSE) report on Cloyne's handling of the allegations could heap further damage onto the scathing criticisms contained in a report by Church watchdog, the National Board for the Safeguarding of Children (NBSC).

The HSE report will be published next month on the direction of Children's Minister, Barry Andrews.

The Sunday Independent understands that senior Irish and Vatican officials are deeply concerned that the HSE report could re-ignite the entire controversy -- and threaten to damage the Church's painstaking efforts to rebuild confidence in its child protection provisions.

However, Dr Magee made no reference to retiring in his two public statements on the controversy -- and has privately told friends he is determined to see through the NBSC recommended reforms.

In the message, read out at Christmas Eve Mass in Cobh, Co Cork, Dr Magee said he takes full responsibility for the "errors" made in relation to the management of child sexual abuse claims in the diocese. He also gave an assurance that such mistakes will not happen again.

"I fully accept this report and all its findings and I take full responsibility for the criticism of our management of some issues contained in this report. We made errors, not intentionally, and I want to assure you that such errors will not be made again in this diocese," he said.

"In the future we will have a clerical environment which is as safe as it possibly can be for the children of this diocese.

"We have, I can assure you, been working to create such an environment but clearly this report highlighted the need for changes, which have been addressed or will be addressed in the immediate future." Dr Magee promised a detailed statement early in the New Year.

"I again want to sincerely apologise to all victims of clerical sexual abuse and particularly to those who were abused by priests in the diocese. There can be and there will be no place in the Church or indeed in wider society for persons who abuse children. For a priest to abuse a child is a massive breach of trust and I am determined to ensure that it is extremely unlikely that this will happen again in this diocese," Bishop Magee stated.

Bishop Magee also said 10am Mass on Christmas Day at Cobh's St Colman's Cathedral -- but he did not refer to the controversy a second time.

Prayers were said at Christmas Masses throughout the diocese for the Bishop who has come under pressure to resign.