Will a Fierce Battle Over Gay Rights Split the Anglican Church? 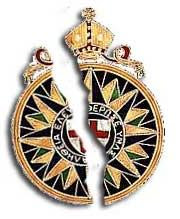 On the brink of a split in the global Anglican Communion that no one is eager to enlarge on, the Province of the Southern Cone of South America has become a temporary refuge for conservative bishops from the United States who refuse to countenance the liberal positions taken by the Church in their country.

The crisis began when gay bishops and same-sex unions, including clergy, were accepted in Anglican (or Episcopal) provinces in Canada and the United States.

Conservatives who disapproved of these developments fell out with their church communities and sought pastoral oversight from South American provinces, further away geographically but theologically more compatible.

"Nobody (in the Anglican Communion) wants to say let's get a divorce, but when a relationship isn't working, someone has to decide whether or not they stay together, and no one here wants to make the decision," Gregory Venables, the primate (presiding bishop) of the Province of the Southern Cone, which includes the dioceses of Argentina, Bolivia, Chile, Paraguay, Peru and Uruguay, told IPS.

In 2007, Venables took on pastoral responsibility for the conservative bishops of four dioceses that left the Episcopal Church of the United States of America (ECUSA). "We had certain links, and after talking with (the Archbishop of) Canterbury, we decided to offer them emergency oversight until there is a more solid structure to contain them," he said.

Venables, who was born in the U.K. but has lived for 30 years in Latin America, said that ECUSA is pressing lawsuits for millions of dollars against the "dissidents," who paradoxically are followers of the orthodox traditions of the Church. There are properties at stake, and bishops who leave ECUSA forfeit their homes and stipends, he said.

The Anglican Communion is a fellowship of Anglican churches with some 77 million faithful in 160 countries. Each of the 38 existing provinces is self-governing, but they are all in communion with Canterbury, the founding see of this church and the residence of its spiritual leader, Archbishop Rowan Williams.

"The problem is that we have no mechanism for solving crises," said Venables. "We don't have a leader or an authority like the Pope (in the Roman Catholic Church) who can take decisions that are binding on other countries. The Archbishop of Canterbury is the first among equals, but the primates of the 38 provinces have full autonomy."

The Anglican Church of England separated from the Roman Catholic Church in the 16th century, and soon after expanded into Australia, Canada, New Zealand, South Africa and the United States. Millions of new converts were made through missionary efforts in Africa and, to a lesser extent, Asia and Latin America.

At present there are 20 million Anglicans in Nigeria alone, more than in all the Anglo-Saxon countries put together. However, bishops in countries of the developing South have relatively little decision-making power compared with their colleagues in industrialized countries. For instance, their repudiation of the consecration of a gay bishop in the U.S. state of New Hampshire in 2003 was ignored.

"It's not so much about homosexuality as about as how decisions are taken," Venables complained. "Twenty years ago, when ECUSA decided to ordain women, it did so in such a way that dissent was stifled, and many church members don't wish to remain a part of a church that takes liberal decisions."

The crisis in the Anglican Communion was expressed on a number of occasions this year. In July and early August, more than 250 Anglican bishops out of a total of 850 boycotted the traditional Lambeth Conference, celebrated once every 10 years in Canterbury.

In an address to this year's conference, Williams reiterated the resolution calling for a moratorium on interventions across province boundaries, as well as a moratorium on ordaining gay bishops and performing same-sex marriages, adopted at the previous Lambeth Conference in 1998.

The 1998 resolution "remains where our Communion as a global community stands," said Williams.

The reason for the moratoria is that a healthy Church confronted by divisions needs "space for study and free discussion without pressure, pastoral patience and respect," he said, a process the bishops at Canterbury were engaged in furthering.

The dissidents, mostly from provinces of the South, held their own meeting, the Global Anglican Future Conference (GAFCON) in Jerusalem in June. "We grieve for the spiritual decline in the most economically developed nations, where the forces of militant secularism and pluralism are eating away the fabric of society and churches are compromised and enfeebled in their witness," their final statement said.

The Anglican bishops at Jerusalem criticized "the acceptance and promotion within the provinces of the Anglican Communion of a different 'gospel' which is contrary to the apostolic gospel," and the promotion of "a variety of sexual preferences and immoral behavior as a universal human right."

"In 2003 this false gospel led to the consecration of a bishop living in a homosexual relationship," the document states.

The GAFCON bishops described the "realignment" that is occurring as dissenting bishops leave their dioceses and join other Anglican provinces, and "the failure of the Communion Instruments to exercise discipline in the face of overt heterodoxy." "We are a global Communion with a colonial structure," they said.

Venables attended both conferences, at Canterbury and Jerusalem. "The African bishops did not go to Lambeth because they feel frustrated," he said. "The Anglican Church in Africa has always been very traditionalist, and when the United States suddenly took a direction that many did not agree with, they found there was no room for dissenters."

This is the dilemma today in the Anglican Church, he said. There is a "serious crisis," according to Venables, but the decision to break apart or to settle the differences has been postponed. The next Anglican Communion Primates' Meeting, convened by the Archbishop of Canterbury, will be held in Alexandria, Egypt in February 2009.

The bishop of Argentina said he had persuaded the African primates to attend, but he admitted that they are skeptical about the results that can be expected.