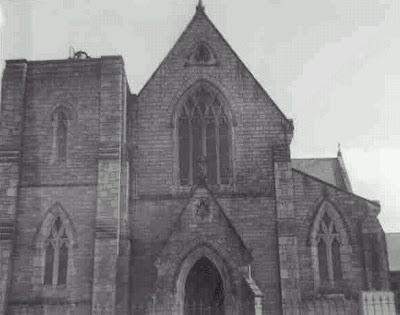 A PARISH priest was held at knife-point and tied up by three raiders who burgled his presbytery in the early hours of yesterday morning.

Fr John Dunphy, parish priest of Graiguecullen, Co Carlow, was awoken by three men, at least one of whom was carrying a knife.

The incident happened at about 6am.

The gang members tied Fr Dunphy up, took the money from his wallet and also money from a downstairs safe.

They also took the keys to his silver Ford Focus which was later found abandoned at traffic lights in the village at about 8am.

Fr Dunphy's mobile phone was also recovered near the bridge on the Athy Road in Graiguecullen.

The priest, who is in his late forties, managed to free himself and raise the alarm at about 7am.

The burglary is being investigated by gardaí at Carlow Garda station.

Sgt Benny Mills described it as a "very serious incident" and said it had left Fr Dunphy "traumatised and shocked" though not physically hurt by the raiders.

Sgt Mills said gardaí had been carrying out house-to-house inquiries in the village as part of their investigation.

Fr Micheál Murphy, communications officer for the Diocese of Kildare and Leighlin, appealed for any witness who might have seen anything in the vicinity of the parochial house between 6am and 8am to come forward with information.

Fr Murphy said: "If people have any information that might help, we would appeal to them to contact the gardaí as soon as possible."