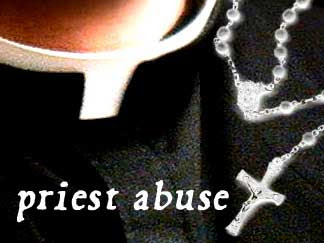 UNCONDITIONAL INDEMNITY from the State was sought by the National Board for Safeguarding Children (NBSC) in the Catholic Church, should its report on Cloyne diocese be published before it went to the Health Service Executive (HSE).

The board sought such protection as assurance against any likelihood of it being sued by persons named or parties referred to in the report.

It also told the office of the Minister for Children, Barry Andrews, that "on legal advice" it did not propose providing a copy of the report to the HSE.

A spokeswoman for the board said indemnity became an issue when its report was submitted to the Minister for Children and referred to a possible wider circulation of the document.

In a letter to the Minister, dated August 18th, 2008, NBSC chief executive Ian Elliott said that "in the light of legal advice which we have received, we would require from you an unconditional indemnity to hold the national board harmless in respect of any liability arising from the publication of our report in advance of directly providing that report to the HSE".

Earlier in the same letter, Mr Elliott said the NBSC had also received legal advice "to deliver our report to you directly and not to make any further publication of our report to any other party and for that reason we have not provided and we do not propose providing a copy of our report to the Health Service Executive".

He continued: "We have absolutely no difficulty in relation to your provision of a copy of our report to the HSE to enable them to advise you as to whether the diocese of Cloyne should be referred to the Dublin commission. I am not clear why you have not done so.''

The commission Mr Elliott referred to was the Dublin Archdiocese Commission of Investigation.

Mr Elliott's letter was among 18 exchanges which took place between the NBSC and the Minister's office between September 27th, 2007, and December 4th last, when the HSE report on Cloyne diocese was presented to Mr Andrews.

All correspondence is listed under the title Chronology of Events in relation to the Cloyne Diocese and the Report of the National Board for Safeguarding Children in the Catholic Church (NBSC) which accompanied a press release from Mr Andrews on December 22nd last.

It said he would be recommending to Government on January 7th that the HSE report into Cloyne diocese be immediately published. He also made it clear that, contrary to some newspaper accounts and the NBSC report, "neither I, nor any official in the Office of the Minister for Children and Youth Affairs commissioned or directed the NBSC to carry out an investigation into the diocese of Cloyne".

In his report for the NBSC, Mr Elliott said that on February 15th last he met two senior officials within the Department of Health to update the department on ongoing initiatives the NBSC was taking to ensure best practice in the safeguarding of children within the church.

At the end of the meeting, he was told a complaint had been made to the Minister about practices in Cloyne where one case was concerned. A copy of the correspondence was given to him and he was asked to investigate the circumstances outlined in the complaint, and to report back his findings, he said.