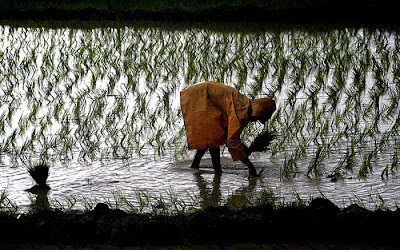 The suffering of the rural poor Filipinos has worsened in the past decades as more people suffer from poverty, joblessness and lack of education, said Catholic Bishops Conference of the Philippines (CBCP) president and Jaro Archbishop Angel Lagdameo, during rural conference held in his Archdiocese.

The congress gathered around 200 persons representing small farmers, farm workers, fishermen, rural women, rural youth, indigenous peoples and basic ecclesiastical communities. It served as preparation for the Second National Rural Congress that the CBCP will hold on the second quarter of next year.

According to the prelate, “these problems have persisted and even worsened despite the passing of laws, such as the Comprehensive Agrarian Reform Law and those on indigenous peoples."

"The main problems, including lack of housing, education and access to health services, have worsened. It is shocking to hear of rural folk reaching only up to Grade IV because schools there do not offer higher grades”.

Moreover, “We also hear of many villages without doctors and nurses and health centres that do not have medicines or ones with expired drugs. poverty and lack of opportunities, especially in the countryside, are pushing many to migrate to the cities or abroad”.

Some 11 million Filipinos are among the 1 billion people across the globe living on less than $1 a day, the threshold defined as extreme poverty by the United Nations, in a recent study.

The Philippines had a Global Hunger Index (GHI) of 17.55, which indicates a “serious problem” in hunger.