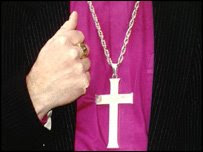 The (Lutheran) Church of Norway has praised the Church of England for its decision to support the consecration of women as bishops, saying that the ordained ministry cannot be limited to men.

“The Church of Norway, having gone through a similar process some years ago, and having been much blessed by its fruits, will accompany the Church of England, as a sister church in communion, with gratitude and with prayers of God’s blessing and guidance in the time to come,” the Norwegian church said in press release.

About 1,300 clergy have threatened to leave the Church of England if they judge the “safeguards” for those objecting to women bishops to be insufficient.

“The gender of ordained ministers cannot be a criterion of the church’s apostolicity,” the Church of Norway said. “On the contrary, the admittance of women to all levels of ordained ministry has contributed significantly to the full expression of God’s mission in the world.”