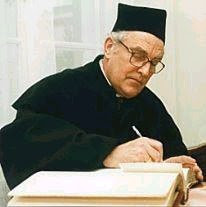 An instruction from the Vatican Congregation for Catholic Education aims to unify standards used in Institutes of Religious Studies and seminaries.

The document, released Thursday, was presented by Cardinal Zenon Grocholewski, prefect of that dicastery.

Religious studies institutes arose after the Second Vatican Council in response to the growing interest among Catholics -- in particular laity and religious -- to study theology and other sacred sciences.

These studies are prerequisites in many countries for teaching religion or giving catechesis.

The new instruction replaces the preceding normative of 1987, also issued by the Congregation for Catholic Education.

Cardinal Grocholewski explained that the principal novelty introduced by the document concern the duration of the studies program, which now is five years, as opposed to four.

The document also makes uniform the titles of the degrees given by ecclesiastical faculties.

Archbishop Jean Louis Bruguès, secretary of the Congregation for Catholic Education, explained that the document gives a specific answer to the need for theological formation of the laity, in keeping with the proposal of Vatican II.

In fact, the text offers two academic options for the study of theology and religious sciences.

One is recommended for those who are preparing for the priesthood. The second is geared to the laity and consecrated persons, offering them "knowledge of the main elements of theology and of its necessary philosophic premises, in addition to those that are complementary and stem from human sciences."