Parishioners question suitability of Archbishop for his position 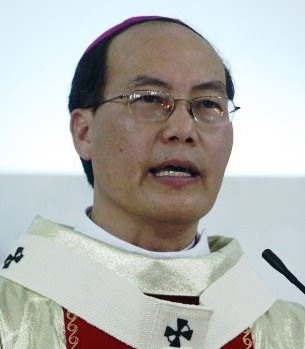 Recent acts and statement by Ha Noi archbishop Ngo Quang Kiet have disappointed Vietnamese people of all walks of life and caused some to say that he is no longer qualified to be Ha Noi’s representative to the Catholic church.

After many working sessions with representatives of the Ha Noi People’s Committee, Archbishop Ngo Quang Kiet and several clergymen have been refusing to co-operate with the committee in solving the land claims for 42 Nha Chung Street and 178 Nguyen Luong Bang Street in Ha Noi.

Kiet insists that the lands "belong to the management of the Catholic Church" and that he is "demanding the return of the land, not asking for land from the State", turning a deaf ear to an offer by the State for three other places in Ha Noi.

A book entitled "Ha Noi - A Heroic Period" by French author Andre Masson published in 1929 goes in part, "Previously, the land that encompassed 42 Nha Chung (Ha Noi) housed a pagoda called the Bao Thien. At the end of the 19th century, the French imperialists took the land, destroyed Bao Thien Pagoda to build a church, a major seminary and a building which later was used as the representative office of Vatican in Viet Nam."

It is clear that the land at 42 Nha Chung Street only came under the management of the Catholic Church during the French occupation and it was recognised only by that administration.

After the restoration of peace in 1954 following the withdrawal of the French, the Government of the Democratic Republic of Viet Nam, now the Socialist Republic of Viet Nam, built a system of policies on the management of the land in line with the spirit of the country’s constitution that says the entire land belongs to all people possession and that the State exercises its management over it.

The State of the Democratic Republic of Viet Nam, now the Socialist Republic of Viet Nam, took over the territorial sovereignty from the French and the Japanese. All the assets were taken over by the new Government at the same time, said Chau who herself is a Catholic and a lawyer for the former Sai Gon regime. Maybe Kiet has forgotten who he is.

A basic content of human morals, religion or not, is that people must practice what they preach. If Ngo Quang Kiet really wanted to obtain national unity, he should not have incited disorder and violated the laws. How can ordinary people consider this good shepherding or the actions of a good citizen?

The statement by the Archbishop during a working session with the Chairman of the Ha Noi People’s Committee, Nguyen The Thao, on September 20 also caused uproar nationwide. Many accused him of insulting national pride and dignity and hurting the national sentiment of the Vietnamese people.

"It is unbelievable that a learned man like Ngo Quang Kiet, who holds a high position in the Catholic Church, said he ‘felt ashamed’ to hold a Vietnamese passport," said Prof. Nguyen Nang An, President of the Ha Noi Union of Scientific and Technical Associations.

Tran Thi Sang, a Catholic in Nam Hai parish in Bien Hoa City in Dong Nai Province - a major pool of Catholics in the south - said, "God teaches us that loving God and the people means doing good. As a Vietnamese, one must abide by Vietnamese laws."

Nguyen Van Can, a Catholic in Noi Bai parish in Ba Hien Commune, Binh Xuyen District, Vinh Phuc Province in the north, said, "We are very disappointed by the Archbishop’s behaviours and way of thinking. This insults the Viet Nam Motherland and totally violates the laws."

"Ngo Quang Kiet has separated himself from the nation. A person like him definitely is not a true Vietnamese and is not worthy of practicing religion," said Duong Le, a resident of Truong Chinh Precinct in Central Highlands Kon Tum Town.

For her part, Maria Bui Thi Lien, a Catholic living at 41 Tan Hoa Street, Hoa Binh City, Hoa Binh Province, about 90km northwest of Ha Noi, said, "I am discontented with the acts and the statement by the Archbishop. The written warning by the Ha Noi People’s Committee against Kiet is not strong enough. We should ask the Vatican to dismiss him from his current position and the municipal authorities to expel him from Ha Noi."
+++++++++++++++++++++++++++++++++++++++++++++++++++
Disclaimer