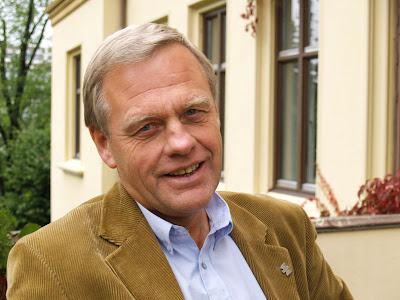 A multi-million pound fraud scheme may topple a Norwegian bishop from office and land his son in jail, the Norwegian Broadcasting Corporation (NRK) reports.

A warrant was issued last week for the arrest of Bjarte Baasland, son of the Rt. Rev. Ernst Baasland, the Church of Norway’s Bishop of Stavangar.

Bjarte Baasland is accused of bilking investors of £5.75 million, claiming the money was for an internet start-up company.

However, the funds were allegedly diverted to pay gambling debts from losses he incurred playing on internet gaming sites.

The bishop filed for bankruptcy on Sept 11 declaring debts of £1.6 million in guarantees to investors in his son’s company. “The bishop has been granted two-and-a-half weeks leave of absence from his job," says Minister of Church Affairs, Trond Giske, said after the bishop filed the bankruptcy petition.

The bishop’s wife, Bodhild Baasland, has also been charged with “gross deception” by the police for having approached investors on her son’s behalf, soliciting £4.3 million funds for his company.

The bishop has pleaded ignorance to his son’s actions, claiming that neither he nor his wife were aware of their son’s alleged fraud until a few months ago. The deception collapsed earlier this summer when one of the investors, construction heiress Cecilie Nustad went to the police claiming Bjarte Baasland had defrauded her of £2.5 million.

The allegations of fraud have shaken the Church of Norway, and prompted calls for the bishop’s resignation.

Baasland is the first Norwegian bishop to declare bankruptcy.