'Liberal' church spreads its word on the web 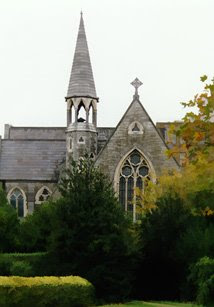 A DUBLIN church is embracing new technology in an innovative way by making podcasts of its Sunday services available on the internet.

The Dublin Unitarian church already podcasts its sermons and has been amazed to find people in the UK, America, Germany and Russia downloading them.

Rev Bill Darlison, minister at the church on St Stephen's Green, said, "There has been a big demand for sermons since we started to record them and put them up on the internet as podcasts.

"Until now we have just put up the sermon, one moment of reflection and a children's story that is told during the service. We are now going to put the whole hour-long service up on the internet as a podcast."

Darlison said that the church has considered filming the ceremony and putting the videos up on the net but it has not got around to that yet.

"I suppose it is a restricted constituency in terms of the amount of people that want to download our sermons, but we have been interested to see some people on websites and blogs talking about listening to them," the minister said.

The Unitarian church has been in Ireland for 300 years and has churches in Cork and Dublin, where around 100 people attend the weekly Sunday service.

"It was a pretty radical Protestant sect, but nowadays we like to think of ourselves as neither Protestant nor Catholic," Darlison explained.

The church sees itself as an extremely liberal one, and Darlison claims that it attracts people of all traditions, "from agnostics to conventional Christians."

"Belief is not that important to us. We see ourselves as seekers rather than ones who find the one unalloyed truth," he added.

"We are very liberal in our theology and also in things such as gay partnership blessings. We have gay ministers and the very first woman in Britain to be ordained was a Unitarian.

"We tell children a story every week and these are classic stories taken from different traditions, such as Hinduism or Judaism. At the beginning we tell children what tradition the story comes from and these stories are also available as part of our podcasts."