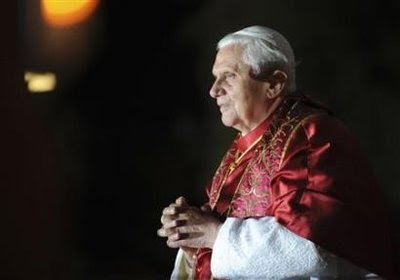 As part of the Italian government's attempt to reform and improve the education of young people, it must take concrete steps toward promoting equality between state-run and church-run schools, Pope Benedict XVI said.

"In the context of the renewal desired by those who have the good of the young and of the country at heart, we must favor real equality between state schools and private schools in order to give parents the opportunity to choose the school their children attend," the pope said Sept. 25.

The pope made his remarks during a meeting at Castel Gandolfo with people attending a conference sponsored by the Italian bishops' Center for Studies on Catholic Schools.

While the Italian government in 2000 passed a law recognizing the scholastic equality of public schools and private schools that follow a similar curriculum, the Catholic Church has continued to insist that true equality will be reached only when the government helps fund private-school education.

The schools themselves have work to do, the pope said.

"In order to be chosen and appreciated, the Catholic school's educational intent must be known; it is necessary that the school has a mature awareness not only of its ecclesial identity and its cultural role, but also of its significance for civil society," Pope Benedict said.