Dialogue and positive secularity the paths of our time, says Madrid cardinal 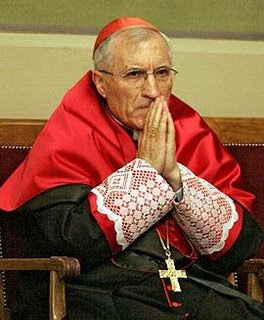 The Archbishop of Madrid, Cardinal Antonio Maria Rouco Varela, explained this week that the "paths of our time" are dialogue and "positive secularity," which enables the Church to have the freedom to exercise its mission to make its contributions to the State for the common good.

The cardinal made his comments during a forum sponsored by Europa Press on the Church in society and politics.

After recalling the Pope’s recent trip to France, Cardinal Rouco explained that "positive secularity" characterizes the heart of the problem in Europe at this time. Referring to the dialogue between philosopher Jurgen Habermas and then-Cardinal Ratzinger, he said the question of the pre-political foundations of the democratic constitutional state has continued to be in forefront, especially in Europe.

Cardinal Rouco went on to state that dialogue between Catholics, Christians and non-believers, in historically Christian countries, about the pre-political moral foundations of the democratic constitutional state is necessary for the religious community and for the State itself.

It cannot be easy to dialogue when one is dressed like that.

His whole outfit and demeanour suggest "I am not as other men are."

Even worse, the poor cardinal looks so unhappy. Perhaps he is.