Brazil to compensate US pastor tortured in 1974 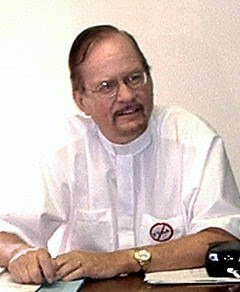 The Brazilian government has promised to pay compensation to a U.S. pastor who was arrested, beaten and tortured in 1974 under the former military dictatorship.

The decision was made Friday night by the Justice Ministry's Amnesty Commission, which is reviewing the cases of victims the 1964-1985 dictatorship.

Morris is currently the president of Faith Partners of the Americas, a Florida-based nonprofit that seeks to build ties between churches and people in the Americas. Phone calls to Morris' home and cell phone and to his organization went unanswered on Saturday.

The Methodist Church in Brazil said nobody was available to comment and directed The Associated Press to its Web site, which said the pastor arrived in the northeastern city of Recife in 1963 and was tasked with fostering closer ties with the Roman Catholic Church. He also worked as a freelance correspondent for Time magazine.

In 1974, Time published an article praising Catholic Archbishop Helder Camara — an outspoken critic of the dictatorship dubbed the "Red Bishop" by the regime. Though Morris had not contributed to the piece, the Methodist Church said, it irritated local army commanders who ordered his arrest.

During 16 days in captivity in an army barracks, Morris was beaten and tortured with electric shocks several times before being released and deported.

Unlike other South American nations such as Argentina and Chile, Brazil has never prosecuted any member of the armed forces for human rights abuses under its dictatorship. A 1979 amnesty law pardoned all Brazilians — civilian and military — for crimes committed under the dictatorship.