At the Vatican, not all voices are created equal 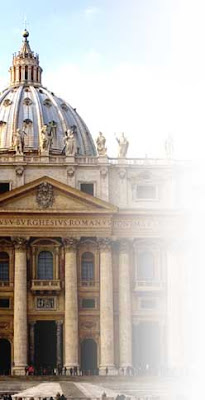 A provocative article on whether brain death is true death has illustrated once again that the Vatican speaks with many voices, not all of them equal.

The article appeared in early September at the top of the front page of L'Osservatore Romano, the official Vatican newspaper. That's a prime location in the complex geography of Vatican media.

The author, Lucetta Scaraffia, argued that the generally accepted practice of using brain death as the criterion for declaring a person dead was open to new challenges and debate, both in the church and in the scientific community.

Such a debate could have deep repercussions in health care ethics, particularly on the question of organs harvested from brain-dead patients whose bodies continue to function.

Within a couple of hours, the Vatican spokesman, Jesuit Father Federico Lombardi, put some distance between the Vatican and the article's line of reasoning, saying that the content reflected merely the author's views and not the church's teaching.

In fact, previous statements by the Pontifical Academy of Sciences and leading church officials have made it clear that the church recognizes brain death as "the true criterion for death."

So why was the Vatican's own newspaper questioning that? For one thing, it's become a real newspaper under new editorial leadership and is more willing to tackle issues that were formerly off-limits.

Sometimes these salvos offer an early tip-off of a coming trend. In January, a bishop wrote in its pages that Catholics should show reverence by receiving the Eucharist on the tongue while kneeling.

The article caused a bit of an uproar and some skepticism but, six months later, this form of receiving Communion became the norm at papal liturgies.

Many journalists are in the habit of slapping a "Vatican says" label on anything even faintly associated with Vatican City or the Roman Curia. That's often led to confusion and illustrates a certain disconnect between church officials and modern media.

The Vatican holds to a fairly detailed hierarchy of information that ranges from papal proclamations on the high end to offhand comments from curial officials on the low end. When translated into news stories, however, such distinctions generally fall by the wayside.

One perennial area of confusion has been the church's position on the use of condoms to prevent the spread of AIDS. Although there has never been an explicit Vatican pronouncement on this specific issue -- it is, in fact, under study -- various cardinals and lesser-ranking prelates have weighed in, generating headlines as disparate as "Vatican condemns condoms" and "Vatican rethinks condom ban."

On another hot topic, some media recently reported that Archbishop Raymond L. Burke, head of the Vatican's Supreme Court of the Apostolic Signature, said that Catholic politicians who support legal abortion should not be given Communion.

Archbishop Burke made his views on this issue well-known when he headed the Archdiocese of St. Louis, but voicing them as head of the Vatican's highest tribunal seemed to elevate them to a "Vatican says" level. The problem was, he gave the interview last spring, before he was named to his Vatican post; an Italian magazine got around to publishing the interview in August.

On foreign policy matters, the Vatican frequently sings with many voices. Officially, Vatican positions are enunciated by the pope or the office of the Secretary of State or through statements issued by the Vatican press office.

But foreign diplomats accredited to the Holy See know they also must comb the pages of L'Osservatore Romano and listen to Vatican Radio for other, more subtle, signs of Vatican thinking. The Jesuit journal La Civilta Cattolica, which receives prior review by the Vatican, is also considered a bellwether publication.

Not everything is vetted, however. Vatican officials are human, and sometimes a microphone is hard to pass up. In 2003, a diplomatic repair job was necessary after Cardinal Renato Martino, president of the Pontifical Council for Justice and Peace, criticized U.S. forces for treating Saddam Hussein "like a cow" when he was captured and added, by the way, that the Iraq War had been useless.

After a U.S. complaint to the Secretariat of State, a high Vatican official called selected journalists and said, not for attribution, that Cardinal Martino was not reflecting the Vatican's views.

Even when Pope Benedict XVI speaks, of course, it's not always with full papal authority. In question-and-answer sessions with priests, he sometimes prefaces his remarks by emphasizing that he's only offering them pastoral advice, not infallible directions.

One of the most unusual papal disclaimers came in Pope Benedict's 2007 book, "Jesus of Nazareth." In his preface, the pope said the book should not be read as an expression of official church teaching, but as the fruits of his personal research.