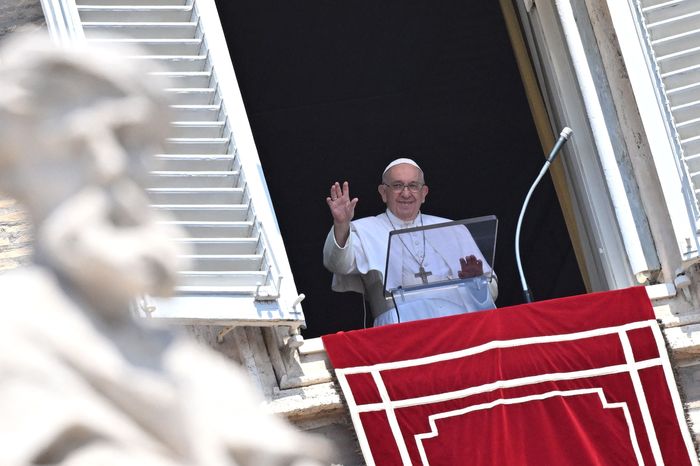 With words full of pain, Pope Francis spoke out at Sunday’s Angelus about the events of recent weeks in Nicaragua, where the Church, its priests and bishops, the media, and NGOs have been caught up in a series of harassing and persecutory actions because they are suspected of supporting the opponents of Daniel Ortega's Sandinista government:

“I am following closely, with concern and sorrow, the situation in Nicaragua, which involves both people and institutions,” the Pope declared, adding, “I would like to express my conviction and my hope that, through open and sincere dialogue, the basis for a respectful and peaceful coexistence can still be found.”

The suffering of the Church of Nicaragua

Dialogue, a call to respect, and prayer: This is the appeal of Pope Francis, as he joins his voice to that of international institutions and the Churches of America and Europe concerned about what is happening, following the closure of a series of Catholic broadcasting stations, the halting of the work of NGOs, the expulsion from the country of the Congregation of the Sisters of Mother Teresa, and the suspension of ecclesiastical activities, the arrest of priests, and most recently – last Friday night – the forced removal, turned into house arrest, of the bishop of the diocese of Matagalpa, Bishop Rolando Álvarez.

The Bishop, together with several priests and lay people, had been confined under surveillance in the diocesan curia since the beginning of August.

Police claim the Bishop had tried to organize violent groups and incited acts of hatred to destabilize the government.

Bishop Álvarez had also initially tried to pray in the street, carrying the Eucharist in a monstrance, but was stopped by police officers.

“We want to do God's will, we are in his hands,” wrote the 55-year-old prelate in a tweet while he was still in Matagalpa.

Today his health has deteriorated, although his morale remains strong.

In Managua, he was able to see his family and meet the vice-president of the bishops' conference, Cardinal Leopoldo Brenes, who had a long talk with him.

The appeals of the international community

The conditions of the bishop of Matagalpa, the imprisonment of the priests and lay people who were with him, and the social tension in the country, have also drawn the concern of the international community.

The United Nations has raised concerns of a serious “obstruction of democratic and civil life” in Nicaragua, while the Organisation of American States (OAS) and the Inter-American Commission on Human Rights (IACHR) have warned of “persecution” and “criminalization.”

They all call on the Ortega government to protect universal human rights and to return freedom to those arbitrarily detained.

In numerous messages that are arriving from the bishops' conferences throughout the world, there is also the invitation – reiterated today by Francis – to pray and to be actively close to the Central American country, and to recognize the underlying witness of faith and community that it is offering at a time of trial.

Most recently, the Cuban bishops, along with the Panamanian and Venezuelan bishops' conferences have raised their voices in the same sense.

Bishop Álvarez has himself expressed confidence in the prayers of all in the face of this difficult situation.

“Aware that prayer is the Christian's strength,” he said, according to local media reports, “the invitation is to continue to implore Christ to intercede and watch over this small flock of His.”