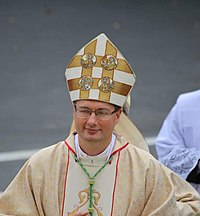 In a highly unusual move, Ukraine’s foreign minister has summoned the Vatican’s papal nuncio, or ambassador, to Ukraine to express his “profound disappointment” in Pope Francis, who referred to assassinated Russian propagandist Darya Dugina as “innocent” during his weekly audience.

The pontiff, referring to the war in Ukraine, said the Aug. 20 car bomb that killed Dugina, the daughter of Alexander Dugin, often referred to as Putin’s “brain,” had called the act senseless.

“I think of that poor girl blown up by a bomb that under the seat of her car in Moscow,” the pope said. “Innocents pay the price of war. Innocents!”

The backlash against the pope - who has made a number of questionable remarks about Russia’s invasion, including blaming NATO - has been growing.

The Vatican has not commented on the pope’s remarks.