The Many ‘Sins and Crimes’ of Archbishop Rembert Weakland 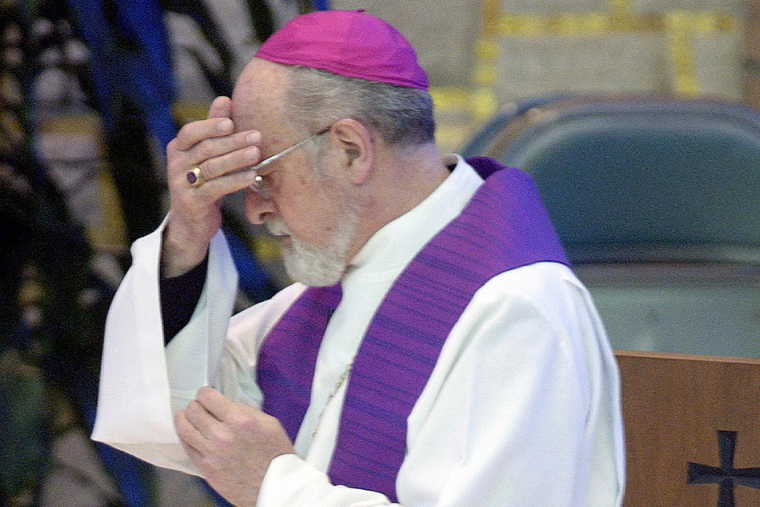 It’s highly unusual to publicly remember, upon his death, a friend as “deeply sinful” and guilty of many “sins and crimes,” but Archbishop Rembert Weakland, a Benedictine and archbishop emeritus of Milwaukee, was a highly unusual man.

He did enormous damage to the Church he served, first as abbot primate of the worldwide Benedictine order (1967-1977) and then as archbishop of Milwaukee (1977-2002).

The man known as America’s most liberal bishop regularly received the laudations of the liberal media. The scholar and gifted musician was showered with honorary degrees and was the great hope for all those who wished the Catholic Church to adopt a version of liberal Protestantism. His spirit lives on, for example, in Germany’s “Synodal Way.”

Upon his death at age 95, Archbishop Weakland was remembered by Jesuit Father James Martin as “an erudite scholar, gifted pastor and Benedictine abbot primate,” while acknowledging that “his legacy was marred by revelations that he paid money to a man with whom he had been in a relationship.”

Weakland, in a 2009 memoir, revealed that, after becoming an archbishop, he had a series of homosexual affairs. To one such paramour, theology student Paul Marcoux, Weakland paid $450,000 in hush money to keep the archbishop’s duplicitous life secret. Even worse, Weakland used diocesan funds to pay off Marcoux.

Marcoux would later allege that the encounters amounted to date rape, while Weakland claimed that Marcoux was blackmailing him. It all came to light after the Boston scandals of 2002, and Weakland resigned in disgrace.

Later investigations in Milwaukee would reveal that Weakland had been a notorious protector of abusive clergy, even destroying documents related to predator priests.

In his initial tweet, Father Martin momentarily forgot that the Catholic left had long since decided to distance itself from Rembert Weakland. The backlash against Father Martin was swift, and soon he clarified that he was not “excusing” the many “sins and crimes” of his friend.

About the dead one does not usually speak ill, except that in Weakland’s case there was so much ill that even his friends felt obliged to speak it.

“I take seriously Jesus’s scandalous friendship with ‘sinners and tax collectors’ and considered Archbishop Weakland, a deeply sinful man, a friend,” wrote Martin. “The heart of Jesus’s message is that no one is beyond God’s infinite mercy, not even a murderer, not even Rembert Weakland.”

To be clear, while Archbishop Weakland’s sexual sin has been a matter of public record he was neither a prostitute nor a tax collector, lest one think that Martin was counting Weakland in their number marching in to heaven by God’s mercy (Matthew 21:31). And he was not a murderer.

Yet a frank assessment of Weakland’s life — from the petty cruelties he administered to priests under his charge to the constant undermining of Catholic doctrine including on priestly ordination, contraception and homosexuality —  must concede that there was a great deal of matter for repentance, alongside his grave sexual sin. The end was tawdry, but the tawdriness did not really end.

Weakland floundered about, trying to explain his scandalous relationship with Marcoux and the hush money, but he soon found himself excoriated by his many critics and an embarrassment to his friends.

The Milwaukee Archdiocese released a statement upon his death that was motivated by charity but offended against truth.

“For a quarter of a century, Archbishop Weakland led the Archdiocese of Milwaukee, and his leadership embodied his Benedictine spirit,” Milwaukee Archbishop Jerome Listecki said in a statement. His Benedictine confreres would certainly disagree. When Weakland repeatedly attempted to retire to a Benedictine abbey, he was refused — his apparent “Benedictine spirit” not welcome amidst actual Benedictines. The sons of St. Benedict famously receive a guest as Christ himself, but they draw the line at one who so greatly betrayed Christ without repentance.

To the contrary, with seemingly little remorse, Weakland attempted a comeback in 2009, granting Laurie Goodstein of The New York Times an interview for a puff piece on the occasion of his memoirs, portraying himself as a courageous gay bishop leading the Church boldly into the future.

Weakland was betting heavily that he could take advantage of the “Mahony Pact,” where a prelate notoriously negligent in handling sex-abuse cases gets a pass from the liberal media because he advances liberal causes. The Mahony Pact kept the former Los Angeles archbishop from facing the ignominy of the late Cardinal Bernard Law, even though the former’s record was much worse than the latter.

Goodstein, having kept her part of the Mahony Pact with Weakland, came calling the next year. Goodstein, with Weakland as her accomplice, launched an attack on Pope Benedict XVI, claiming that he was negligent in the case of predator Lawrence Murphy, a Milwaukee priest who preyed on deaf children. Weakland declined to move on the case for 19 years, but he assisted Goodstein in charging Cardinal Joseph Ratzinger with impeding the case. It was a gross distortion and defamation, and Weakland knew it.

Anti-Benedict partisans relished the attack, but it quickly evaporated, as a review of the documents revealed that it was Weakland, not Ratzinger, who was negligent.

It was the final greatly wicked act in a long life that included rather a good number of them.

As Father Martin noted, the gross scandals of Weakland’s life “marred” his legacy. That legacy itself is principally that of a preternaturally gifted man putting his immense talents not in the service of the Church evangelizing the world but the world coopting the Church.

Weakland’s flagship legacy is the renovation of St. John’s Cathedral in Milwaukee, the pluperfect reflection of the man. Suitable for a symphony concert, it obscures the sacred mysteries of the Lord Jesus in favor of the great conductor of the orchestra himself, the archbishop. And then he stuck his successor with the bill.

For certain Catholic liberals, like Father James Martin, Weakland’s death is an occasion to look back upon the dream they once had of liberal Protestantism triumphing in the Catholic Church. That dream was already dead when Weakland resigned. His manifest “sins and crimes” revealed that, for a great many people, his service was a nightmare.