197 Cardinals will gather in Rome to discuss new constitution 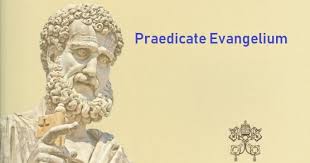 Cardinals from around the world will meet in Rome on August 29 and 30 to reflect on the new Apostolic Constitution reforming the Roman Curia.

The Pope announced on May 29 that the Consistory to be held on August 27, during which he will create 20 new cardinals, including 16 electors, will be followed by two days of meetings of the cardinals on the new Apostolic Constitution Praedicate Evangelium, which governs the organization of the Roman Curia since its entry into force on June 5, the day of Pentecost.

Here are some details of the gathering, as announced by the Vatican press office:

There will be meetings in language groups to discuss different aspects of the document, and there will also be discussions in the plenary session.

This methodology is similar to that of the Synods, although the brevity of this assembly will not allow every participant to speak.

In total, the press office reports that 197 participants have confirmed their attendance, mostly cardinals, but also Eastern patriarchs and the heads of the Secretariat of State.

Non-electing cardinals were invited, bringing the total number of invited cardinals to 226.

Between 30 and 40 cardinals will be absent, probably due to health reasons and travel difficulties.

The assembly will conclude with the consistorial Mass, celebrated on Tuesday, August 30, at 5:30 p.m. in St. Peter’s Basilica.

This Mass is usually held on Sunday, but it has been postponed because of Pope Francis’ visit to L’Aquila, the day after the Consistory.