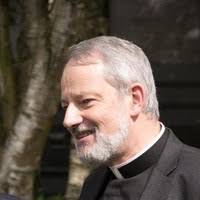 I want you to imagine that you have been invited to someones’ home for a meal; it might even be a barbecue in this lovely sunny weather.  You know that there are going to be quite a few people there, but you don’t know who they are.  Maybe some of your friends will be there.  Imagine for a moment who you would most like to find among the crowd.  In reality, of course, the guest list is not your call.  It is the host who issues the invitations.

Our first reading speaks to us about how God wants to invite people of every language, and from all the nations to come to Jerusalem.  Jerusalem is not just the name of a city; it is the symbolic name of the place where God lives among His people.  The Gospel passage, in much the same way, talks about people from East and West, from North and South, coming to take their place at the Feast in the kingdom of God.

Have you ever stood in a line, outside a restaurant or a concert venue; and while you are standing there in the rain, other people are brought up from the back of the queue and straight in to take their places.  That is the image that Jesus paints for us: “There are those now last who will be first, and those now first who will be last”.  You might think it’s unfair.  I think the message is that God sees things differently; He is not as quick to condemn as we sometimes are.  We rightly hope to sit one day at the table in the kingdom of God, but we might be a bit surprised when that day comes to see who will be sitting next to us.

You might say to me “ok, that will be then and, in eternity, we will all be sitting on comfortable chairs, strumming harps and enjoying the best of food and wine.  Everything will be different.  It will be fine.”  But how often did Jesus tell us “the kingdom of God is already here among you” (Lk. 17:21).  On Thursday last, I sat here in the Basilica and listened to Professor Halyna Teslyuk, a theologian and a refugee, who told us that the word “Hope” in Hebrew is closely connected with “gathering”.  Many thousands of Ukrainians, scattered across Europe by the horror of war, know only too well the hope that comes from gathering.  And Halyna reminded us on Thursday that “The word hope (in Hebrew) predominantly refers to trust and confidence in God’s strength now” and not just to something that we expect to happen in the future.  God is already working among us and He wants us to gather at His table now.  Let’s think about what that might mean.

For the past six months, in our Diocese of Elphin and in other Dioceses around Ireland and, indeed, around the world, people have been invited to participate in a Synodal Process.  We have been asked to “walk together” in a new way.  Many of us sat around tables with people we never met before,  and had conversations such as we have never had before.  Some, of course, were reluctant to get involved, while others don’t seem to have heard about it at all.  So what is it all about?  It is about gathering together and exploring our diverse experiences of Church and faith; sharing our hopes, our disappointments and our uncertainty.  The idea is that by reflecting prayerfully in our hearts, by speaking honestly and by listening respectfully, we can come to a deeper understanding of what steps the Holy Spirit wants us to take to become more fully the Church that Jesus intended.

The Church is not just what happens here around the altar.  In fact, if you think about it, relatively little of our time as Catholics or Christians is spent in Church buildings.  Yet we are Catholics 24/7.  For that very reason, the Synod cannot be just about what goes on around the altar.  It is about how we live as disciples of Jesus in the world; whatever world we inhabit, at home, at work, on the sports field, in business.  As Catholics we have hope to bring to the world, which comes from the way we live the values of the Gospel in the world, values like truth, justice, compassion and care.  We don’t have a monopoly on those values, part of the challenge of synod is to recognise the possibility of working with people of other faiths and none, who share our values, to make the world a better place.

Over the past few months, we have heard from young people and older people too about the challenge of peer-pressure and about the discomfort of being disciples in an increasingly secular culture.  If, as Jesus told us to be, we are in the world as people who serve, then we have nothing to apologise for.

In the Eucharist, of course, Jesus invites us in a particular way to sit at His table, to be nourished by His word and by His body and blood.  In the course of our synodal conversations, it became very clear that, for many Catholics, the Eucharist (or what we usually call the Mass) is essential to their sense of well-being, both socially and spiritually.  It was equally clear, however, than many Catholics for various reasons, feel uncomfortable or unwelcome at the Eucharist.  This is not just a problem for them; it is a problem for all of us, because without the Eucharist we cannot be one body in the way that Jesus intended us to be.

The mission of the Church is to bear witness to the love of God, made present in Jesus, and to make sure that everyone knows that there is a place for them at the table.  The reality of Church in Ireland, much of the time, is of people walking away and the rest of us taking it for granted, or worse still, not even noticing.  This first stage of our synodal process is about sitting up and taking notice.

In June, Pope Francis wrote a short but very inspiring Apostolic Letter on the Liturgy called Desiderio Desideravi (On the Liturgical Formation of the People of God).  He reminds us that the Eucharist is Jesus’ gift of Himself to us, a gift in which He wants us all to share.  In his letter Pope Francis says,

“No one had earned a place at that Supper… All had been invited…… The world still does not know it, but everyone is invited to the supper of the wedding of the Lamb (Re 19:9). To be admitted to the feast all that is required is the wedding garment of faith which comes from the hearing of his Word (cf. Ro 10:17) … We must not allow ourselves even a moment of rest, knowing that still not everyone has received an invitation to this Supper or knowing that others have forgotten it or have got lost along the way in the twists and turns of human living.”

Some years ago, in his letter of encouragement, Evangelii Gaudium, Pope Francis also commented that “The Eucharist, although it is the fullness of sacramental life, is not a prize for the perfect but a powerful medicine and nourishment for the weak.”  When the Eucharist is thought of as a prize, there seem to be winners and losers; there are some who quite comfortably think of themselves as worthy, while judging others to be unworthy.

I want to be clear!  There are times when a person cannot honestly accept the invitation to come to Holy Communion, because he or she has done something gravely wrong with full knowledge and full consent.  Even then, the invitation is not cancelled.  Often it is the hope of returning to communion that leads us to seek forgiveness.  There are some who can be quite casual about coming to Communion, but there are others who judge themselves more harshly than Jesus would.

As Scripture reminds us, we all have a responsibility to encourage and to challenge one another, by word and example, but always in a Spirit of Love.  I would seriously question whether I as a bishop, or you as a member of the faithful, have any business in classifying any group of people as unworthy; cancelling the invitation issued by Jesus.  It is the sacred responsibility of pastors to explain the teaching of the Church clearly and sensitively.  It is for priests, in the privacy of the confessional, to help people to make an honest judgement of conscience.  In the final analysis, it is the responsibility of each woman or man, to follow his or her well-formed conscience in deciding whether or not to come to Holy Communion.  Nobody, as Saint Paul wrote, should receive the body and blood of the Lord unworthily.  But nobody should stay away unnecessarily.

Reflecting on the Scripture readings today, I am struck by the words of the hymn to Our Lady of Knock.  There were people of all ages gathered round the gable wall.  Like the humble men and women and the little children, we also gather, and are filled with hope.  My prayer is that, with Mary’s help, and through the mercy of her Son, Jesus, may we have the grace to work towards a Church in which everyone is truly welcome, everyone is supported and nobody feels excluded.