Cardinal Burke: the dark horse in the running to succeed Pope Francis 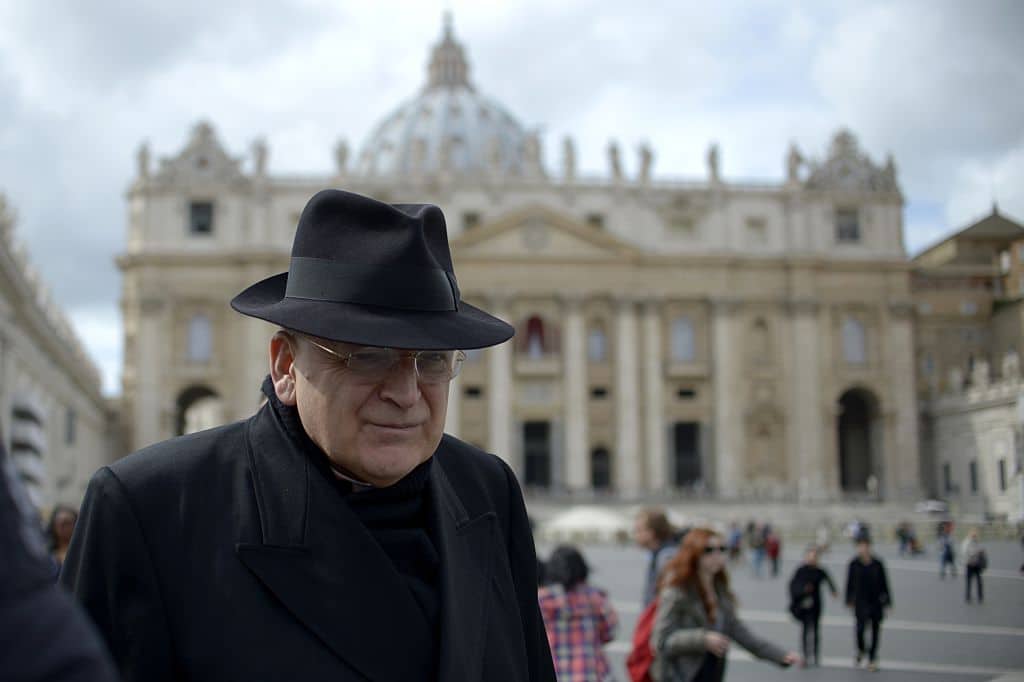 Cardinal Raymond Leo Burke – a canon lawyer and former Archbishop of St. Louis – could be a dark horse candidate to succeed Pope Francis in the event of an imminent resignation.

While the US Church has been consumed by debate over why Francis overlooked Archbishop Salvatore Cordileone and USCCB President, Archbishop José Gomez, for Bishop Robert McElroy when it came to selecting new cardinals, the possibility that Burke could be the surprise change candidate to succeed the Pope is perhaps being missed.

Over the last half-century, the Church has been wary of considering an American pontiff given the country’s superpower status and fears of over-concentration of power. Today, however, a relative decline in US power may play to the advantage of American clerics as that argument is starting to lose sway. Meanwhile, the election of a Latin American pope has perhaps heralded a new era of pontiffs who come from outside Europe.

Burke is a noted traditionalist who welcomed the election of President Trump, praising his abortion stance.

Meanwhile, as Michael Warren Davis argued in the Catholic Herald, there have been rumours of tensions between the Francis-led Vatican and Burke.

According to Davis, “Burke undoubtedly ranks among the top 10 most influential prelates in the Church today. Much of this influence has been used in unfashionable ways. Burke was among the four “dubia cardinals” who asked Francis to clarify certain points of his encyclical Amoris Laetitia, published in April 2016.”

While “Francis has repeatedly urged European nations to welcome more refugees from the Middle East”, instead “Burke issues grave warnings about the spread of Sharia law in the continent.”

Speaking to the Tablet, Burke also said there is no “moral equivalence” between abortion and the welfare of migrants. He added that while refugees should be treated with care, a “prudential judgment” should be made about how many migrants to welcome. Meanwhile, abortion, Burke said, “is the systematic murder of human beings at their most vulnerable stage of development”.

In 2019, Burke joined Cardinal Brandmüller in urging an end to “the plague of the homosexual agenda”, telling bishops to break their complicity over abuse cases. Burke and Brandmüller said the Church wrongly blamed the abuse of power by clergy as the main cause of scandals rather than on priests who have “gone away from the truth of the Gospel”. He has openly criticised the Pope and questioned the latter’s authority to eliminate the Latin Mass.

If symbolism matters, then – like Hungarian Cardinal Péter Erdő – the selection of Cardinal Burke would be a huge boost for conservative forces within his home country. The difference is that Burke is a more divisive figure within his home country, and one less likely to win over progressive cardinals. While conservatism is swimming with the tide in central and eastern Europe, conservativism in the US is locked in a life-or-death struggle with liberalism.

That said, Burke is often considered the de facto leader of the Church in the US, with huge support and authority among conservative Catholics worldwide. The odds may be stacked against Burke however – and fellow trads in the College of Cardinals – given the extent to which Pope Francis has selected men in his image and more likely to select a continuity candidate (83 of the 132 cardinal electors have been chosen by Francis). But, as a less European affair, the College of Cardinals may take a new approach.

Still, the smart money may be on a continuity candidate like Filipino Cardinal Luis Antonio Tagle or Italian Cardinal Matteo Zuppi. Tagle likely has the advantage, given the changing demographics of the Church and the sense an Italian may not be as able to reach a global audience. That said, Burke also benefits from the non-European precedent set by Francis, while being an Anglophone is also an advantage (although Tagle is an Anglophone as well). Most advantageous for Burke perhaps is the possibility that, if Ouellet really is out of the running, there is no other obvious North American candidate.

As the most global group of cardinals ever gathers in Rome for a surprisingly-timed consistory, many will get to meet for the first time. Meanwhile, two days of closed-door meetings could be a dry-run for selecting any papal successor. This could be the moment when leading candidates emerge.

Although divisions among US Catholics on abortion mean Burke could alienate many, he is likely to win over traditionalists. That Cordileone was passed over for McElroy may have grabbed the headlines, but the bigger story may be that US Catholics have an alternative and surprise papal candidate in their midst.