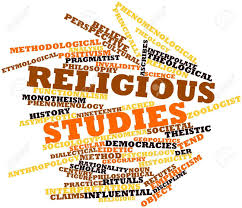 The number of pupils taking an A-level in Religious Studies fell by 447 this year, after two decades of fast growth for the subject.

They warned that this had a particular impact on disadvantaged pupils, who they said were twice as likely to take Religious Studies as their peers.

Sir Peter Bottomley, the long-serving Conservative MP, called for a national plan to secure the subject’s future. “It is simply not acceptable to let down these young people by continuing to starve the subject of funding,” he said, having first called for a national plan after chairing a parliamentary roundtable on Religious Studies in March this year.

He said it was essential “to ensure a generation of young people receive the spiritual development and the interfaith understanding necessary to take their place in modern British society”.

Religious Studies has seen one of the fastest growth rates among humanities subjects over the past two decades, with 45.5 per cent more entries in 2022 than in 2003. However, this growth has not been matched with funding, leading to a shortage of teachers with good subject knowledge.

In almost all subjects, the percentage of top grades was just above the mid-point between the 2019 and the 2021 results.

Sarah Lane Cawte, chair of the REC, said that Religious Studies had “cemented its reputation as academically rigorous and personally enriching” but warned that the 2022 results “raise serious concerns over the ongoing funding crisis”.

“Sadly, we now see a situation in which the brightest and best students attracted to the A-level risk being let down as a result of government inaction over funding and teacher recruitment,” she said.

Katie Freeman, chair of NATRE, emphasised that “teaching the subject at A-level requires a high level of expertise and knowledge” and called for a national plan to “support current and future teachers by scaling out the best evidence-based curriculum to ensure every A-level student is taught by the specialist they deserve”.