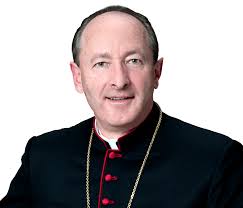 A Catholic bishop has said the national synthesis sent to Rome earlier this month revealed “an attitude to what could be termed ‘traditional’ faith which is mildly dismissive.” Bishop of Waterford and Lismore Phonsie Cullinan also felt that the synodal process which led to the synthesis “was somewhat rushed. The time limitation given by those tasked to oversee the Synod in Rome was insufficient.

“Discussions or parish conversations or listening sessions or whatever one wishes to call them were completed under a certain pressure with little time to ensure deep reflection, have meaningful conversations and prayerful consideration of the questions posed on the themes of communion, participation and mission.”

It was also the case that “a number of things emerge from the synthesis which challenge church teaching which she has held since the beginning”, added Bishop Cullinan.

The process to which he referred began in Ireland’s 26 Catholic dioceses, as elsewhere in the Catholic world, last October when consultations about church reform began at parish level with findings published in a report on each Irish diocese’s website last June. These, along with a further 29 submissions from various Catholic organisations and individuals, were considered in Athlone at a national assembly of the Catholic Church in Ireland last June.

Subsequently, a steering committee prepared the Irish synthesis report which was sent to Rome on August 15th in preparation for a Synod of Bishops there in October 2023.

Among other matters, the synthesis report called for equality for women in the church, up to and including ordination, an embrace of LGBTI+ people, the divorced and remarried, as well as of single parents, and removal of the mandatory celibacy rule for priests.

Bishop Cullinan, believed to be the only Irish bishop who is a member of the Catholic Church’s conservative Opus Dei organisation, said that “from my own interaction with some ‘conservative’ or traditional’ believers it was clear that many did not engage with the synodal process at a parish level”.

In a posting on his diocesan website he continued: “It would be interesting to research why this was so. Is it because they themselves feel marginalised? Or because they felt that Church teaching cannot be changed and that there was no need for this synodal process and that little fruit would ensue? Or perhaps they felt they simply had better things to do with their time?”

He suggested that “if the Church in Ireland is worried about groups on the margins of Irish society then we will have to dialogue in a more serious way with what might be termed ‘traditional Catholics’”.

On the national assembly in Athlone, which he attended with other Catholic bishops, he said “there was far too much introspection”. He left it “realising that we had heard very little on mission and the missionary outreach of the church”.

He wondered “where was the challenge to the prevailing culture of individualism and secularism? Are we just giving in to current trends and forgetting about the wisdom of past generations and the long tradition of the church?”

Bishop Cullinan also felt that “generally speaking many of the submissions from the 26 dioceses show a difference in emphases to the final synthesis”. This was, he said, “my subjective take on it and I do accept that there will always be different subjective attitudes at play in the writing up of any summary of people’s views.”

Findings in the report published by Waterford and Lismore diocese itself last June, following consultations at parish level, were broadly in line with those of other dioceses. It said that as an issue gender equality was “very visible throughout the conversations”.

Women, it said, “were considered to be powerhouses of the organisation but undervalued in their role within the Church.” It was asked “that women be allowed to be priests and deacons in the future”.

Young people asked that “the Church be more welcoming of the LGBTQ+ community” and were open “to the idea that the sacraments would be taught through a ‘Sunday School’ model in parishes” rather than “through the current school structure. Students said that the schools were doing the work of the Church.”

Lay involvement was seen as “a crucial element” to church and parish survival, “allowing the clergy to focus on the pastoral & sacramental side of parish life”. It was also noted, “that when Our Lady appeared in Knock, Fatima and Lourdes, she appeared to lay people and not to priests”.

As with the other dioceses, people in Waterford and Lismore also believed “priests should be allowed to marry if they wish”.