Curia Reform Meeting concludes with focus on 2025 Jubilee of Hope 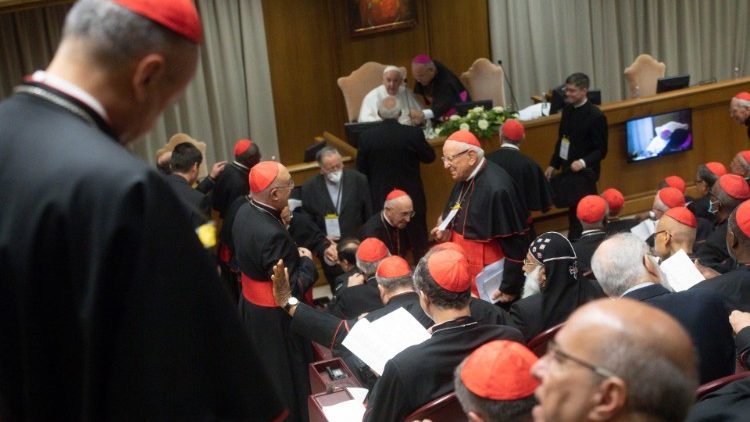 A Holy See Press Office communiqué on Tuesday revealed that the last session of the encounter convoked by Pope Francis was dedicated to discussing various aspects of the 2025 Jubilee of Hope.

The assembly will dissolve on Tuesday evening after the celebration of Holy Mass in St. Peter’s Basilica presided over by Pope Francis, after which, the communiqué says,  “each participant can return to his own diocese.”

The Pope summoned the Cardinals, the Patriarchs of the Eastern Churches and top officials of the Secretariat of State, asking them to gather in the Vatican on 29-30 August to reflect, “in a fraternal atmosphere”, on the recently published Apostolic Constitution, Praedicate Evangelium, on reforming the Roman Curia.

The Holy See Press Office also said “The work in language groups, and the discussions in the Synod Hall provided the opportunity for participants to freely discuss many aspects of the Document and of the life of the Church.”

The Meeting has seen almost the entire College of Cardinals gathered in the Vatican with Pope Francis for the first time since the start of his pontificate almost 10 years ago.

The prelates have been discussing the new challenges faced by the Curia and by the Universal Church, focusing on important themes such as the role of lay persons, financial transparency, synodality, a new administrative organization, the call to mission and the proclamation of the Gospel in today’s world.