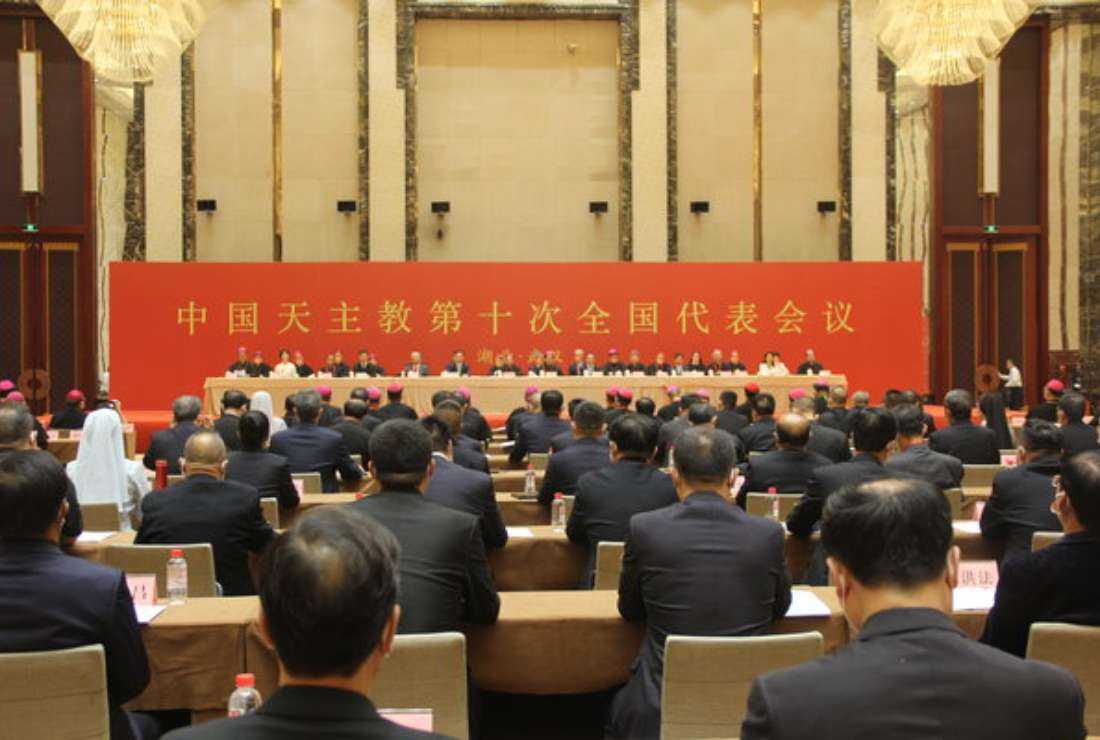 Catholic bishops, priests and religious from across China have started a state-sponsored once-in-five years national conference in the presence of Chinese Communist Party (CCP) officials, stressing the importance of adhering to government policies on religious affairs and strengthening patriotism.

The 10th National Congress of Catholicism in China began in Wuhan, the capital of Hubei Province in central China on Aug. 18, says a notice on the website of the state-run Bishops Conference of the Catholic Church in China (BCCCC).

Both Cui and Ning attended the opening ceremony and delivered speeches.

In his address, Cui said the government fully affirms various activities of the BCCCC and Chinese Catholic Patriotic Association (CCPA) over the past six years that highlighted commitments and love for the nation and allegiance to the party leadership.

He pointed out that since the 9th National Congress in 2016 in Beijing, Chinese Catholics have strengthened their ideological and political leadership, adhered to the road of independent and self-run churches, further promoted the construction of Chinese theological ideas, and focused on cultivating patriotism.

Bishop Huang Bingzhang Huang of Shantou Diocese presented a report explaining the recent revision of the CCPA’s “One Council, One Mission” constitution to align with priorities set by President Xi Jinping

Deputy minister Cui emphasized that Chinese Catholics should “earnestly study” and implement Xi’s “important expositions on religious work” to adhere to the principle of independent and self-run churches, hold high patriotism and love for religion, and actively promote the process of sinicizing Catholicism in China.

However, the CCP advances sinicization as a profoundly political ideology that aims to impose strict rules on societies and institutions based on the core values of socialism, autonomy, and supporting the leadership of the CCP.

In his speech, Bishop Shen Bin said that the Chinese Catholic Church has always adhered to the correct political direction, led the majority of priests, elders, and faithful across the country to hold high patriotism and love for religion, and built a solid foundation for independent and self-run churches.

By promoting the sinicization of Catholicism in China, Bishop Shen said, the Church can carry out effective catechism, advance the cause of pastoral evangelization, actively participate in social welfare and charity, and write a “new chapter for the Chinese Church.”

Bishop Shen said that in the next five years, Chinese Catholics will fully implement the spirit of the National Conference on Religious Affairs held last December.

During that conference on Dec. 3-4, President Xi  stressed the strict implementation of Marxist policies, increased online surveillance, and tightening control of religion to ensure national security.

All religious groups are required to be registered with the government and strictly follow regulations set out for state-sanctioned organizations. Any violation of rules and policies triggers crackdowns, arrests, and the shuttering of religious groups and activities by the state.

China severed diplomatic ties with the Vatican following the communist takeover in 1949.

Following the first National Congress of Catholicism in China in 1957, the government formed the CCPA, to control the Catholic Church, while the underground Catholics continued to pledge allegiance to the pope and the universal Church.

Independent researchers noted that China has about 12 million Catholics split between patriotic and underground churches.

The 2018 Sino-Vatican Agreement was signed and renewed in 2020, to end the dispute between the Vatican and Beijing over the appointment of Catholic bishops.