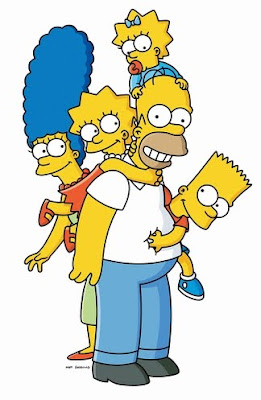 To put it as the devout Ned Flanders would, the Vatican's newspaper thinks "The Simpsons" are an okely dokely bunch.

L'Osservatore Romano on Tuesday congratulated the show on its 20th anniversary, praising its philosophical leanings as well as its stinging and often irreverent take on religion.

Without Homer Simpson and the other yellow-skinned characters "many today wouldn't know how to laugh," said the article titled "Aristotle's Virtues and Homer's Doughnut."

The paper credited "The Simpsons" — the longest-running American animated program — with opening up cartoons to an adult audience.

The show is based on "realistic and intelligent writing," it said, though it added there was some reason to criticize its "excessively crude language, the violence of certain episodes or some extreme choices by the scriptwriters."

Religion, from the snore-evoking sermons of the Rev. Lovejoy to Homer's face-to-face talks with God, appears so frequently on the show that it could be possible to come up with a "Simpsonian theology," it said.

Homer's religious confusion and ignorance are "a mirror of the indifference and the need that modern man feels toward faith," the paper said.

It commented on several religion-themed episodes, including one in which Homer calls for divine intervention by crying: "I'm not normally a religious man, but if you're up there, save me, Superman!"