Christian teacher fired for offering to pray for sick girl 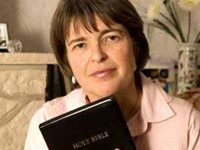 A British Christian teacher has been dismissed from her job after discussing her faith with a mother and her sick child and offering to pray for them.

According to the UK-based Christian Legal Centre (CLC), Olive Jones, a 54-year-old mother of two from Weston-super-Mare, Somerset, taught mathematics to children who were too ill to attend school.

She spoke to a female pupil about her belief in miracles and asked whether she could say a prayer.

Mrs. Jones, who has more than 20 years’ experience in teaching, said the girl was too poorly for a mathematics lesson, so she decided to speak to her, but when the girl’s mother said they were not believers she did not go ahead.

The Christian Legal Centre said that during one of the visits the girl stayed in Mrs. Jones’ bedroom because she did not feel well enough for lessons, so Mrs. Jones spoke to her mother and raised the subject of her faith, saying she believed God had saved her life.

Mrs. Jones said when she was a teenager she had been driving a tractor on the family farm near Carmarthen in Wales when it slid down a slope but came to a halt just before tipping over. She said: “I shut my eyes and thought I was going to die. Then there was a sound of a rushing wind, like that described in the Bible, and then total stillness.

“I was convinced it was a miracle. I shared my testimony to encourage the mother to believe that there is a God who answers prayer. I believe I have a personal relationship with God, who is a constant source of strength,” she added.

Unbeknown to the teacher, the pupil’s mother made a complaint. The authorities did not inform Mrs. Jones of any criticism.

Afterwards, when the teacher had another lesson with the pupil she once again referred to the incident involving the tractor and spoke about her belief in God.

“I told them there were people praying for them, and I asked the child if I could pray for her,” Mrs. Jones said.

“She looked at her mother, who said, “We come from a family who do not believe”, so I did not pray.

“I asked the mother if she wanted me to cancel the next lesson as her daughter had not been feeling up to maths, but she said no.”

Mrs. Jones left the lesson on good terms with the girl’s mother, but within a few hours she was asked by the head of the Oak Hill Short Stay School and Tuition Service in Nailsea, North Somerset, to go to her office.

The head of the service told Mrs. Jones that sharing her faith with a child could be considered as bullying. Shortly after the conversation at the office she was dismissed from the job.

Mrs. Jones, who attends her local Church of England church, said she was “devastated” by the decision to sack her and added that it was “completely disproportionate.”

“If I had done something criminal, I believe the reaction would have been the same. It is like a black mark against my name and character when it comes to getting a reference for another job, just because I shared my testimony – as if I committed a criminal act,” she said.

“It was only when I mentioned prayer that the mother said I do not want prayer, we do not believe, so I did not go ahead.”

“I’m not out to get anyone, I am angry at their interpretation of freedom of speech. I am amazed that a country with such a strong Christian tradition has become a country where it is hard to speak about your faith," Mrs. Jones added.

“I am not angry with my bosses, as they are trying to interpret new equality and diversity policies,” she said. “But I am angry with the politically-correct system and about the fact that you can’t mention anything to do with faith to people who might find it of use.

“My main concern is the interpretation of the policies concerned, which seem very ambiguous.

“It is as if my freedom of speech is being restricted. I feel I am being persecuted for speaking about my faith in a country that is supposed to be Christian.

“I feel if I had spoken about almost any other topic I would have been fine but Christianity is seen as a no-go area. It felt as if I was being treated as a criminal. It is like a bad dream that had come true,” she said.

Nick Yates, a spokesman for North Somerset Council, said: “Olive Jones has worked as a supply teacher, working with the North Somerset Tuition service. A complaint has been made by a parent regarding Olive. This complaint is being investigated.

“To complete the investigation we need to speak to Olive and we have offered her a number of dates so this can happen. At the moment we are waiting for her to let us know which date is convenient for her.”

The Christian Legal Centre is backing Olive Jones in this case. Andrea Williams, Director of CLC commented, “The story of Olive Jones is sadly becoming all too familiar in this country. It is the result of a heavy-handed so-called equalities agenda that discriminates against Christians and seeks to eliminate Christian expression from the public square.