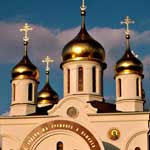 The Bishops of the Bulgarian Orthodox Church have rejected a plea from Moscow-backed conservatives in the church to return to the observance of the Julian calendar.

On Dec 9, a spokesman said the calendar question would not be included on the agenda of the Dec 20 session of the Holy Synod, contradicting earlier press reports that had quoted several of the church’s senior bishops who said 2009 might be the last year the Bulgarian Orthodox Church celebrated Christmas on Dec 25.

The calendar question has long proven to be a point of contention among the Orthodox Churches. Constantinople, Alexandria, Antioch, Greece, Cyprus, Romania, Poland and Bulgaria, follow a church calendar synchronized with the modern Gregorian calendar, celebrating Christmas on Dec 25.

The Orthodox Churches of Jerusalem, Russia, Serbia, Ukraine, and Georgia use the traditional Julian calendar, with Christmas celebrated on Jan 7.

In March 1916, the nation of Bulgaria adopted the Gregorian calendar, and in 1963, the Bulgarian Orthodox Church followed suit --- prompting a split within the church between "Old Calendarists" and "New Calendarists."

At the 2008 meeting of synod, five bishops pushed for the return of the Julian calendar, however, a spokesman for the council, Patriarch Tihon, said: “There is no need to change the calendar, more so because Bulgaria is on the road to Western Europe where holidays are established and are celebrated on the same day.”

The Julian calendar was created by the astronomer Sosigenes for Julius Caesar and introduced in 44 BC and was adopted by the First Ecumenical Council that met in Nicaea in 325 for use in the Church’s liturgical year.

However, the Julian calendar is inaccurate by 11 minutes each year, and in 1582 astronomers commissioned by Pope Gregory XIII unveiled a new calendar that corrected this error --- the Gregorian calendar.

The Roman Catholic and Protestant world adopted this new calendar, but in 1583 the Orthodox rejected it as heretical. Whoever followed the “new calendar of the atheist astronomers of the Pope; and, opposing the Councils, wishes to overthrow and destroy the doctrines and customs of the Church, which we have inherited from our Fathers, let any such have the anathema and let him be outside the Church and the Assembly of the Faithful,” Patriarchs Jeremias II of Constantinople, Sylvester of Alexandria and Sophronios of Jerusalem decreed.

However, in 1923 Patriarch Meletios of Constantinople convened an “Inter-Orthodox Congress” where a majority of churches adopted a revised Julian calendar, which is synchronized with the Gregorian calendar until the Twenty-third century.

The push to adopt the old Julian calendar in Bulgaria appears to be part of the rivalry between the Ecumenical Patriarchate and the Russian Orthodox Church for leadership of the orthodox world, with the pro-Moscow faction pushing for the Julian calendar.