Depend on God and each other, says Archbishop 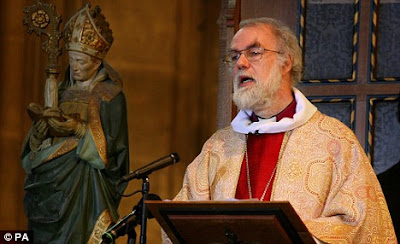 The Archbishop of Canterbury reminded people that they can depend on God for what they need to live in his Christmas message today.

Dr Rowan Williams preached at Canterbury Cathedral at the 11am service.

He told people that Christmas teaches us how to live a truly fulfilled existence by being joyfully dependent on one another.

“Relationship is the new thing at Christmas, the new possibility of being related to God as Jesus was and is. But here’s the catch and the challenge. To come into this glorious future is to learn how to be dependent on God,” he will say.

The Archbishop believes that the word ‘dependent’ has negative connotations with pity and concern, as it is generally associated with dependency on drugs or alcohol, or poor people who are reliant on handouts to get by.

“In other words, we think of dependency as something passive and less than free,” he says.

He argued, however, that people need to broaden their point of view to regard dependency in a positive way.

“And part of our human problem is that we mix this up with passive dependency and, in (quite rightly) trying to avoid passivity we get trapped in the fantasy that we don't need to receive and to learn."

He said to the congregation that being dependent on others is also a state in which we can learn gratitude.