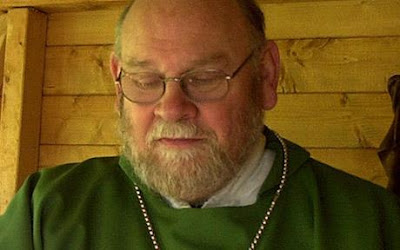 A bishop says a plan to open Britain’s largest Muslim faith school in a town still recovering from race riots eight years ago as “makes him weep" and claims it risks creating tensions.

The Rt Rev John Goddard, the Bishop of Burnley, suggested it would be more sensitive for the Islamic charity behind the project to consider a location in another part of the country.

His greatest fear is that the presence of the all girls’ school – which hopes to take 1,500 teenage boarders from around the world – might inflame Right-wing extremists and therefore “skew” the progress being made in integrating local communities.

The bishop also pointed out that both the Church of England hierarchy, and that of the Roman Catholic Church, deliberately held back from establishing their own new faith schools in the aftermath of the 2001 riots.

Bishop Goddard’s comments follow a warning by Gordon Prentice, Labour MP for Pendle, that the school, described as a Muslim 'Eton' for girls, would both damage existing schools and colleges in the area and stoke community tensions.

“The last thing we need is single-sex, single faith schools for girls,” he said. “It pulls against community cohesion.

“It makes me weep to think so much time, energy and effort has gone into the community to get people to mix together. [This] goes against all public policy.”

The Mohiuddin Trust, based in Birmingham, insists that its college would actually strengthen ethnic and cultural relationships within the community.

It was formerly known as the Al Ehya Trust, says on its website that it seeks to promote cohesion by “strengthening inter-community relationships”.

It was founded by Hazrat Pir Alauddin Siddiqui, an Islamic scholar based in Pakistan.

Amjad Bashir, the trust’s general secretary, said of the Burnley scheme: “This will be an international community college that will provide for the needs of Islamic women. It is not just some mad place where they are going to be brainwashed by nonsense.”

Bishop Goddard told The Daily Telegraph: “I’ve certainly got concerns, and I regret the idea of it because it distracts us from the most important task of integrating.

“Until other projects develop, the local schools are our best hope of delivering understanding and tolerance.”

He added: “I wonder whether it is the most sensitive placing of a school. I would worry about its impact on the local community and whether it would skew the positive things that are happening here.”

Since the Burnley riots local schools have been given a £250 million makeover, with a number of closures and amalgamations. Local councils have used the changes as a means of improving relationships between ethnic groupings.

Bishop Goddard recalled how in the aftermath of the riots the Church of England held back from pushing for a faith school. Similarly, the Bishop of Salford, the Rt Rev Terence Brain, decided not to seek the foundation of a Catholic Sixth Form College.

“I believe it would be a sadness if anyone now began moving towards a pattern of withdrawing children of one particular faith.”

The bishop said he would defend the right of any faith to establish a boarding school, but added: “There would need to be a strong commitment from the college, and I wonder how exactly they plan to integrate with the local community.

“It is incumbent upon them to say how that would happen because we do have those who wish to disrupt the increasing level of tolerance and integration. We have to balance the right to open a new school against the need for it be carefully integrated and properly monitored by Ofsted.”

Dr Mohammed Iqbal, a Mohiuddin trustee, said: 'At this moment it's difficult to offer a detailed response about the courses to be offered as we are still in the preliminary planning stages.

“We do, however, expect to offer a variety of skills and courses. A-levels are being considered but may not be available as soon as the college starts.