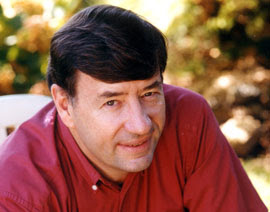 A SENIOR Anglican bishop has cast doubt on Mary MacKillop's "alleged miracles", questioning the evidence that proved to the Vatican that the 19th-century Australian nun's divine intercession healed two women of cancer.

The bishop of North Sydney, Glenn Davies, accused the Catholic Church yesterday of misinterpreting the qualifications of a saint.

In an article published on the Sydney Anglican dioceses' website yesterday, Bishop Davies, who also chairs the Evangelical Fellowship in the Anglican Communion, said MacKillop was no more holy in God's eyes than anyone else whose sins had been forgiven.

"No one wishes to belittle Mary MacKillop's achievement in Australia: the founding of a religious order and her work among the poor with the establishment of an orphanage, a women's refuge and a home for older women," Bishop Davies said.

"Those achievement can be celebrated at home and abroad and no one should complain.

"(But) to award such a person with sainthood for these achievement and two alleged miracles is to misunderstand what the Bible describes as the qualifications of a saint.

"Put simply, anyone whose sins have been forgiven by God, through faith in Jesus Christ, is a saint."

Bishop Davies said the second problem with the Catholics' process of canonisation was that it drew on human analysis of a so-called miracle.

The Pope has accepted, following a rigorous scientific analysis by a Catholic committee responsible for approving miracles, that two NSW women were healed of inoperable cancer by MacKillop.

"Who can prove that the reported miracles were actually the work of Mary McKillop?" Bishop Davies said.

"Did the persons healed pray to only Mary or did they also pray to God?