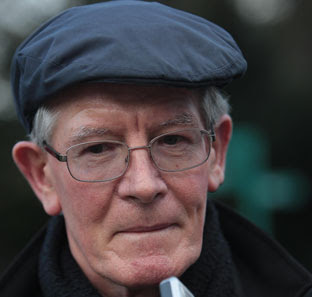 There have been fresh calls for a fifth Irish bishop to resign following a report which found that Catholic leaders concealed child abuse.

Bishop of Galway Martin Drennan is now the only serving bishop named in the Murphy report who is still in his post.

Bishops Eamonn Walsh and Raymond Field stepped down on Christmas Eve while two others resigned earlier this month.

Marie Collins, a victim of clerical sex abuse in Dublin, said Bishop Drennan was sending out the wrong message.

"The other four bishops have now realised the harm that it was doing to the church staying in position," she said.

"We need at this point for the good of the church to know that the men at the top who were there during the period of the Murphy report are willing to accept their responsibilities.

"I just think Bishop Drennan is not doing the church or himself any favours by staying where he is.

"It should be all the bishops that were in place."

The Murphy report into abuse in the Dublin Archdiocese found that members of the church hierarchy were often more concerned with the reputation of the church than protecting children.

Bishop Drennan was Auxiliary Bishop in Dublin from 1997 to 2005. After the report was published, he said he was comfortable with the findings as it "says nothing negative about me".

Eamonn Walsh and Raymond Field issued a joint statement which was read out at midnight Mass on Thursday.

The pair, who were both auxiliary bishops of Dublin, said they hoped their resignations would help bring peace to the victims of sexual abuse.

Bishop of Limerick Donal Murray resigned earlier this month after the report branded as "inexcusable" his failure to deal effectively with a priest suspected of being a paedophile.