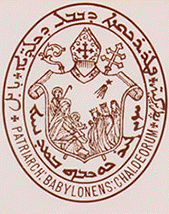 The Chaldean Catholic Archdiocese of Kirkuk, Iraq, has canceled Christmas Masses because of insecurity and attacks against Christians, the Washington Post reported Dec. 23.

"This is the first time we have had to cancel our celebrations," the Post quoted Kirkuk Archbishop Louis Sako as saying.

The Post also reported that a sign on the Kirkuk cathedral read, in part: "We apologize to all the brothers for not conducting celebrations or accepting greetings or guests, but we pray for peace and security in Iraq. We cannot celebrate because of our grief over the victims of the bombings in Mosul and Baghdad."

In Mosul, less than 100 miles from Kirkuk, Christian churches were targeted in late November and early December.

On Dec. 23, two people were killed in a bomb attack on the Syrian Orthodox Church of St. Thomas. A hospital official in Mosul told Agence France-Presse that the two people who were killed were Muslims.

In late November, a Chaldean Catholic church, rectory and convent in Mosul were bombed in two separate incidents, but no one was injured.

International news agencies reported that Christians in Iraq had received threats because Christmas falls just two days before Ashoura, the Shiite Muslim holiday marking the death of Hussein, the grandson of Prophet Mohammed, at the Battle of Karbala in present-day Iraq in the seventh century.

In July, a series of church bombings in Mosul left at least four dead and more than 30 injured. A flare-up in violence in October 2008 claimed the lives of 13 Christians and forced thousands to flee the city.

In February 2008 Chaldean Archbishop Paulos Faraj Rahho of Mosul was kidnapped, and his driver and two bodyguards were killed. Two weeks later his body was recovered after kidnappers revealed where it was buried.

His replacement, Archbishop-elect Emil Shimoun Nona of Mosul, is scheduled to be ordained in January. Pope Benedict XVI confirmed his election in November.

In a mid-December interview with the Rome-based missionary news agency AsiaNews, Archbishop Sako said Christians were "messengers of joy, even when there are tears and suffering and sacrifices, as in this our land of Iraq."

Last January, Archbishop Sako and other Iraqi bishops in Rome for their "ad limina" visits asked the pope to convene a special Synod of Bishops for the churches of the Middle East.