International community must not withdraw from Afghanistan, says Nazir-Ali 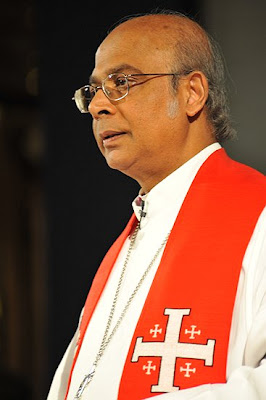 The former Bishop of Rochester has warned the international community not to withdraw from Afghanistan.

Writing in the latest edition of Standpoint magazine, Michael Nazir-Ali said any withdrawal from a political, military or even intellectual engagement with Afghanistan would be seen by radical Islamists as capitulation.

He acknowledged many Muslims who reject a radical interpretation of their faith but warned the international community not to "underestimate Islamism's capacity for disruption and destruction and its desire to remake the world in its own image".

"In the face of such an ideology, the international community must not lose its nerve," he said.

"Any withdrawal from a political, military and even intellectual engagement will be seen by the Islamists as capitulation.

"Instead of leading to containment, it will only encourage even greater attempts at the expansion of power and influence of movements connected with this ideology.

"This has already caused and will continue to cause immense suffering to those who do not fit in with an Islamist worldview, including minorities of various kinds, emancipated women and Muslims with views different from those of the extremists."

Mr Nazir-Ali said radical Islam threatened the independence of nations and communities, as well as the rights of women and non-Muslims.

Jihad in the minds of radicals, he claimed, did not have the meaning of self-defence but rather the recovery of perceived Muslim lands. Radicals, he added, were prepared to act on their beliefs.

"The West's (particularly Britain's and America's) involvement in Afghanistan (and to some extent also in Iraq) must be seen in the light of what has been said above," he said.

"There should be no facile optimism that al-Qaeda has been disabled and no longer poses a credible threat to Western or other countries.

Mr Nazir-Ali said it was possible al-Qaeda could regain its force, while abandoning Afghanistan at this stage would create "exactly the kind of chaos in which these movements flourish".

"It will bring about the conditions where the Taliban and its even worse allies will, once again, not only return the country to the darkest night, but also remove any incentive for Pakistan to engage with its own extremist groups, at least in the border areas," he said.

"Al-Qaeda and its allies will recover their safe haven where they can regroup and plan whatever further atrocities they have in mind."

Withdrawing from Afghanistan could, he said, lead to fresh attacks on Western targets and give "fresh oxygen" to groups training young people in Afghanistan and Pakistan and radicalising young Western Muslims.

"From time to time, however, the protection of Western interests acquires a 'defence' or 'military' dimension," he said.