Pope Francis Modifies Governance of Opus Dei: What Will It Mean? 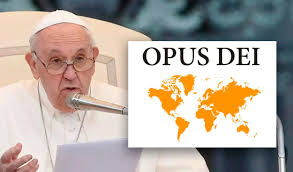 When Pope Francis decreed on July 22 that the leader of Opus Dei, known as the prelate, would no longer be a bishop as the past two leaders had been, the decision was embraced by the group’s leadership without a hint of protest.

“The Pope’s desire to highlight the charismatic dimension of [Opus Dei] now invites us to reinforce the family atmosphere of affection and trust: the Prelate must be a guide but, above all, a father,” read a formal response issued by Msgr. Fernando Ocáriz, the current prelate of Opus Dei.

Msgr. Ocáriz underscored the group’s filial acceptance of the Holy Father’s decision, which Pope Francis explained was made in order to base the ecclesial institute’s governance “more on the charism than on hierarchical authority.”

“We want this moment to be the occasion of going deeper into this wonderful charism that God entrusted to our founder, and we see the Pope encouraging us to do that,” Finnerty told the Register.

But while Opus Dei’s leadership accepted the modifications, which include shifting oversight of the personal prelature from the Dicastery for Bishops to the Dicastery for the Clergy, without demur, canonists contacted by the Register voiced surprise at Pope Francis’ move. And while these Church law experts said that the Pope’s  motu proprio, Ad Charisma Tuendum (To Guard the Charism), wouldn’t necessarily affect the daily lives of Opus Dei’s more than 93,000 members, they questioned whether the significant changes were necessary.

Opus Dei became the first and only personal prelature in 1982, when St. John Paul II issued the 1982 apostolic constitution Ut Sit, shortly before releasing the revision of the 1983 Code of Canon Law, which sought to incorporate teachings of the Second Vatican Council into Church law.

This establishment of the personal prelature seemed consistent with the Second Vatican Council’s discussions around the creation of new entities, such as prelatures, vicariates or ordinariates, which could minister to Catholics with particular needs not being met within the geographically-based diocesan structure. This group of Catholics included soldiers living on ships and foreign military bases and laypeople following a particular charism.

It was also consistent with the desire of St. Josemaría Escrivá, who, in 1928, founded an organization of laymen and women and priests dedicated to the idea that all people — not only clergy or religious — are called to personal holiness amid ordinary life. He called his group a “Work of God,” — in Latin, “Opus Dei.”

The Spanish priest desired a jurisdictional structure that protected Opus Dei’s secular nature and united members, lay and clergy, in the same mission: the sanctification of work and family life. This unique status as a personal prelature has allowed Opus Dei to function effectively as a non-diocesan juridical entity within the Church’s hierarchical structure, enabling the worldwide institution to operate its own seminaries grounded in its charism and incardinate its own priests to support laypeople and diocesan clergy committed to its unique mission.

Opus Dei’s past two prelates, Javier Echevarría and Álvaro del Portillo, were made bishops during the pontificate of St. John Paul II. However, when he assumed his office in 2017, the current prelate, Msgr. Ocáriz, was not ordained to the episcopacy, perhaps a sign that Pope Francis even then intended to change Opus Dei’s structure of governance.

Dominican Father Joseph Fox, the vicar of canonical services for the Archdiocese of Los Angeles, described news of the change to the Register as “jarring,” given the careful consultation that went into establishing Opus Dei as a personal prelature in 1982.

“It was his choice to make the prelate of the prelature a bishop. And he made it clear that that this was his way of interpreting the Vatican Council and formulating the place of the personal prelature within the structure of the Church.”

Today, almost four decades later, “Francis has decided on his own personal initiative, [known as a] motu proprio, that he should restructure Opus Dei,” said the priest.

“Is that a good idea? Presumably there is a good reason for this change, but it is jarring.”

Father Gerald Murray, a canon lawyer and parish priest in New York, raised similar questions about Pope Francis’ reasons for altering the governance of Opus Dei, which must still update its own statutes.

“The future canonical provisions for the governance of Opus Dei will undoubtedly reflect Pope Francis’ desire that the hierarchical nature of the prelature be deemphasized and the charismatic aspect of Opus Dei’s foundational inspiration by St. Josemaría be placed in the forefront,” said Father Murray.

“How one arrives at that is not at all clear,” he told the Register. “We should note that during the 40 years that Opus Dei has enjoyed the status of a personal prelature, there has been, to my knowledge, no claim that this canonical figure was not fully in keeping with St. Josemaría’s understanding of what would best suit Opus Dei’s nature and mission within the Church.”

When asked to predict the practical impact of the shift in oversight to the Dicastery for the Clergy, he said it would take time to assess how the change would play out.

Yet, as the official numbers show, of the 93,400 Opus Dei members, only 2,300 are priests incarnated in the prelature, while another 2,000 are diocesan priests who receive spiritual support. Laymen and women comprise the vast majority of Opus Dei.

“How they will fit into this new arrangement is not clear,” Father Murray said. “Is Opus Dei now to be treated as a public clerical association with affiliated laity?”

The Pope’s motu proprio noted that the shift in oversight to the Dicastery for the Clergy would come with a fresh requirement: Opus Dei must submit an annual report on its activities, rather than supplying one every five years.

Father Murray suggested that this “enhanced reporting requirement ... indicate[s] that the Holy See will more vigorously monitor the activities of Opus Dei,” including the timely adoption of the reforms, “once the particular law of Opus Dei has been updated.”

The canonist pointed to several other aspects of the motu proprio that he finds puzzling, including the “juxtaposition … between charism and hierarchical authority,” which implies “that the governance of Opus Dei needs to shed some aspects of that hierarchical authority in order to be more faithful to the ‘witness’ of St. Josemaría and to the ‘teachings of conciliar ecclesiology on personal prelatures.’”

In response to this implication, Father Murray explained that the hierarchical nature of the Church is itself a charismatic gift from Our Lord.

“That gift is meant to be exercised as the pastoral authority given by Christ to the apostles and then handed down to their successors, the bishops. Prelatures share in that hierarchical authority without being dioceses or being governed necessarily by bishops.”

Father Murray noted that the first two prelates of Opus Dei did not enjoy jurisdiction over the clergy and faithful of the prelature by virtue of being ordained as bishops by the Pope following their election according to Opus Dei’s particular law.

“They were not the prelate-bishop of Opus Dei, but rather were titular bishops,” he said. “Undoubtedly, this personal papal favor was a sign of Pope John Paul II’s esteem for Opus Dei, and it permitted the prelate himself to ordain as priests the seminarians of the prelature.”

Father Murray also pushed back on the assertion that the present canonical status of Opus Dei was “at odds with ‘conciliar ecclesiology on personal prelatures.’”

Not only were those relevant ecclesiological discussions largely focused on Opus Dei as the “first, and so far only, such prelature,” the “magisterial act of John Paul II in erecting Opus Dei as a personal prelature is itself an authoritative interpretation of the nature of this new canonical figure created by Vatican II’s decree Presbyterorum Ordinis, 10,” said the canonist.

Given the strong foundation for Opus Dei’s canonical status, and the stability of its relationship with the Roman Curia, Vatican watchers have their own ideas about who actually pressed for the modifications. A likely candidate is Cardinal-elect Gianfranco Ghirlanda, who advised Pope Francis on the apostolic constitution Praedicate Evangelium, which reformed the structure of the Roman Curia and came into force June 5.

The Italian priest, a Jesuit canonist and former rector of the Pontifical Gregorian University, guided the revision of the Dicastery for the Laity, Family and Life’s statutes in 2020. In 2014, he served as papal assistant to the Legion of Christ as it completed its process of renewal. In 2020, Father Ghirlanda was assigned to implement canonical reforms of the governing structure of Memores Domini, an association of consecrated laity connected with the ecclesial movement Communion and Liberation (CL), an effort that was characterized as a restriction of CL’s independence.

“As a Jesuit, with a Jesuit pope, we can be certain he has greater access to the Holy Father,” said Father Fox. “Apparently, the Pope listens to him and implements many of the positions he has sponsored through the years. In Francis’ reorganization of the Roman Curia, the cardinal-elect’s hobby horses are present.”

“He noted areas of innovation, including the increasingly important role of the laity in the Roman Curia and the possibility they have to hold positions of authority and governance, while at the same time acknowledging responsibilities where Holy Orders are required,” Vatican News reported.

Despite the irenicism of Opus Dei leadership, the recent changes have stirred disquiet among some members and cooperators of Opus Dei. One U.S.-based Catholic woman who closely followed the discussions on Opus Dei’s status in the early 1980s believes it is now being unfairly targeted.

“The establishment of the personal prelature within the hierarchical structure of the Church was a beautiful solution that everyone was happy with,” said the woman, who spoke on condition of anonymity because of the sensitive nature of the issue. “And my personal reaction to this change is that it was born out of animus for … Opus Dei.”

But Russell Shaw, a member of Opus Dei and the author of Writing the Way: The Story of a Spiritual Classic, had a different take on the motu proprio.

“I’m confident that it is not going to make any difference at all to what Opus Dei is and what it does,” Shaw told the Register.

And he wasn’t bothered by the fact that the prelate would no longer be a bishop.

“Opus Dei got along very well for many years without having a bishop as head,” he noted, “and I imagine it will continue to do this.”