The World Jewish Congress (WJC) on Monday criticised Pope Benedict XVI's decision to pave the way for the beatification of his controversial WWII predecessor Pius XII.

The WJC disagrees with his beatification as long as the Vatican's 1939-45 archives remain closed "and until a consensus on his actions - or inaction - concerning the persecution of millions of Jews in the Holocaust is established".

''There are strong concerns about Pope Pius XII's political role during World War II which should not be ignored,'' Lauder said. 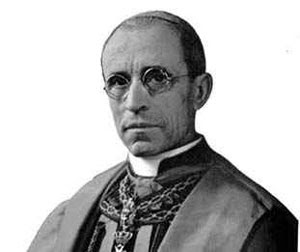 The WJC chief urged the Vatican to immediately open all existing archives about the Pius era to international researchers.

''Given the importance of good relations between Catholics and Jews, and following the difficult events of the past year, it would be appreciated if the Vatican showed more sensitivity on this matter,'' he said.

Pius has been criticised by some Jewish and progressive Catholic groups for not speaking out clearly against the Holocaust. The Vatican and some scholars, both Catholic and Jewish, have claimed that by remaining silent Pius was better able to help save as many Jews as possible, working behind the scenes.

Many priests, nuns and Catholic institutions risked their lives to save Jews but it is unclear whether Pius ordered this as a matter of policy.

Another argument used in Pius's favour is that he did not make explicit denunciations for fear of provoking the Nazis into even greater savagery. The fresh controversy, following last year's polemics over the reinstatement of a Holocaust-denying bishop, has cast doubt on Benedict's January 17 visit to the Rome Synagogue.

The Vatican's pointman on Christian unity, Cardinal Walter Kasper, told ANSA on Monday the visit was important for Catholic and Jews and it is ''up to the Jews'' whether it goes ahead. Stressing there had been no move on either side to cancel the visit, Kasper said he ''hoped'' it would take place but it was ''a decision for the Jews to make''.

''The visit is important and it would be difficult to move everything at this stage,'' he added.

He reiterated that the archives would be opened in "5-6 years" but in any case "they won't say anything different from what is already known".

"We have nothing to hide".

Kasper said Pius's critics should read the archives up to 1939, when Pius XII took "very clear" stances on Kristallnacht (the Night of Broken Glass pogroms) and anti-Jewish laws.

The Israeli ambassador to the Holy See, Mordechay Lewy, told ANSA that the pope's visit would be "historic" and he hoped it would take place.

Lewy stressed that he was speaking in a personal capacity since the invitation had been made by Rome Chief Rabbi Riccardo Di Segni.

But he played down the reactions to the decision on Pius.

"The Jewish reactions were rather moderate," he said, stressing that the beatification issue was an internal Church question.

As for Pius's alleged silence, Lewy said: "It's a controversial issue which will be discussed for a long time, perhaps until eternity".

Lewy said he was optimistic about the visit and Catholic-Jewish relations.

"We have to be," he said. On Saturday Benedict authorised the term 'venerable' to be used to describe Pius XII, one step away from beatification.

To become beatified or blessed, and therefore someone the faithful can pray to, a miracle attributed to the would-be saint is required.

A second miracle is needed for the beatified to become a saint.